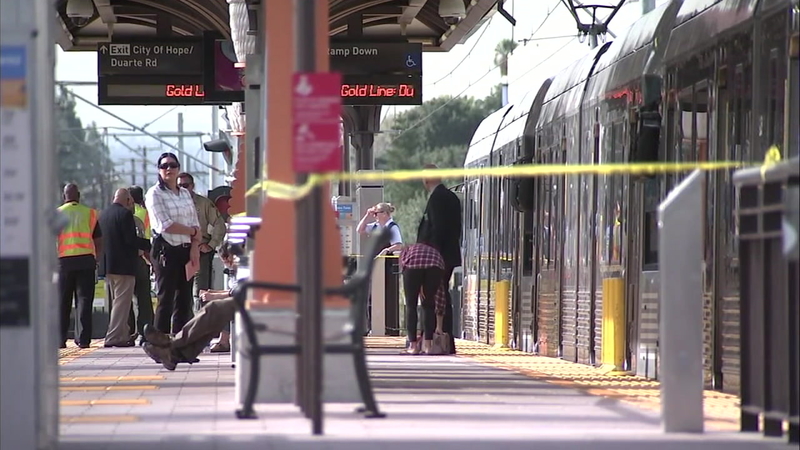 DUARTE, Calif. (KABC) -- A man has died after being found stabbed while on a Gold Line train in Duarte on Tuesday, according to the Los Angeles County Sheriff's Department.

L.A. County sheriff's officials said Irwindale police received a call at 11:30 a.m. about a stabbing on a train at the Irwindale station. For reasons not yet known, responding officials found that the train was moved to the Duarte station, where deputies then responded.

L.A. County firefighters treated the victim, who was stabbed in the upper torso, but he succumbed to his injuries and was pronounced dead at the scene, sheriff's officials said.

Officials initially described the victim as female, but later said the victim was an adult male. The person's age was not immediately disclosed.

The assault was witnessed by several riders who were able to point out a possible suspect to deputies. Authorities said that person of interest has been detained for questioning.

"A weapon was recovered, and detectives are on scene processing the crime scene and are about to interview several witnesses," said LASD Lt. Charles Calderaro.

Officials were looking at surveillance video to determine what led up to the stabbing on the train.