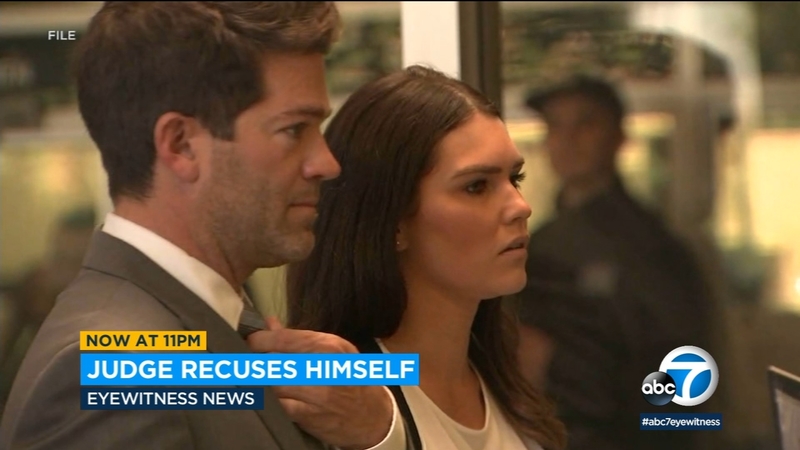 Judge recuses himself from rape case against OC couple

Judge Steven Bromberg has recused himself from the case amid allegations he mistreated both defense attorneys and state prosecutors during a recent hearing.

Defense attorneys say he personally attacked the competency and integrity of various lawyers.

State prosecutors are trying to scale back criminal charges against Robicheaux and Riley.

State prosecutors asked to drop most of the charges against Grant Robicheaux and Cerissa Riley, the O.C. couple accused of drugging and sexually assaulting several women.

The defense attorneys filed the motion to disqualify the judge, saying any bias precludes their clients from achieving the appearance of a fair hearing or trial.

Robicheaux - who previously appeared on a Bravo TV show called "Online Dating Rituals of the American Male" - and Riley were initially charged in 2018 with rape by use of drugs, kidnapping and other crimes.

At the time, authorities alleged that the pair plied their victims with drugs and sexually assaulted them when they were incapable of resisting.