The group claims 16 ponies are "routinely overworked" and says one of the horses suffers from gait issues.
KABC 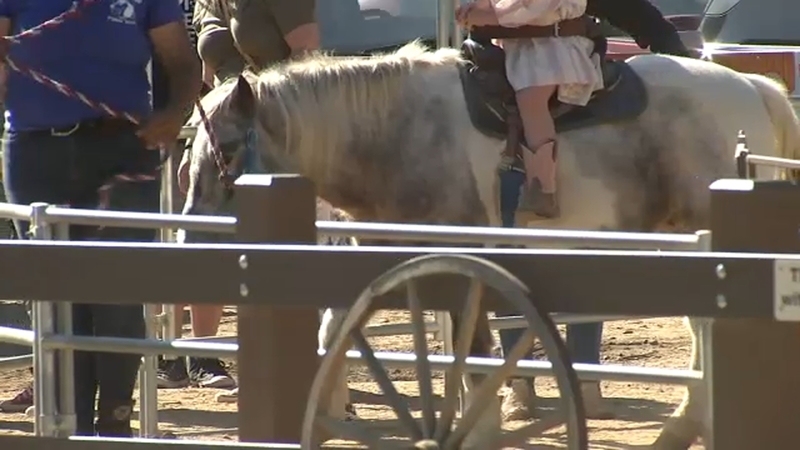 Members and supporters of the Los Angeles Alliance for Animals, also known as LAAA, are demanding the city of L.A. to pass an ordinance banning pony rides.

The group claims 16 ponies are "routinely overworked" and says one of the horses that gives rides to children suffers from gait issues.

"Animal welfare laws, created with the input of veterinarians and equine experts, are constantly ignored by the pony ride operator and are never enforced by Park and Recreation, and Los Angeles Animal Services nor Los Angeles Police Department," said the LAAA, which claims it has been monitoring the rides since July. "The Pony rides concession is animal cruelty disguised as child entertainment. Unkind treatment of animals doesn't align with Los Angeles values. Los Angeles has passed the fur ban, bull hook ban, and no wild animals in private parties."

The Griffith Park Pony Rides and Petting Zoo issued a statement, saying their facility is routinely inspected by city and county of Los Angeles to "assure the safe and humane treatment of every animal."

A note posted on the park's website states all of its animals are "under the direct care of a licensed veterinarian and are up-to-date on all of their required medical shots and inoculations."

'This is my purpose.' Child abuse survivor dedicates her life to saving animals from abuse and finding a forever loving home.