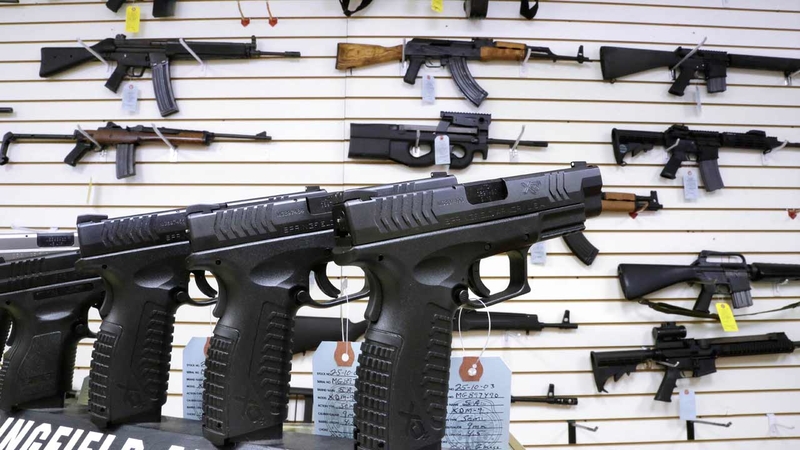 The funding for the strike forces -- which will also be in New York, Chicago, Washington, D.C., the Bay Area -- comes from the $1.9 trillion American Rescue Plan, according to the White House. The strike forces will work to combat gun violence by targeting firearms that enter from other states with less restrictive gun laws.

"With gun violence surging by 70% here in Los Angeles for the first four months of this year, the latest actions by the Biden Administration are timely and needed,'' said Los Angeles City Attorney Mike Feuer who also co-chairs Prosecutors Against Gun Violence, a coalition of 46 prosecutors working toward solutions to end gun violence.

"I've spoken at length with the ATF special agent in-charge of this effort in L.A., and welcome the Department of Justice's gun trafficking strike force as a much-needed ingredient in getting a handle on illegal crime guns in our city.''

Los Angeles, like other cities across the U.S., has experienced an increase in shooting violence and homicides amid the COVID-19 pandemic. As of June 22, the number of shooting victims in 2021 had increased by 50% compared to the same period last year.

Authorities arrested four people after police seized dozens of rifles from hotel rooms near the stadium hosting the All-Star game.

At that time, a total of 651 people had been shot in Los Angeles year-to-date, compared to 434 last year, and the city was averaging about 27 shooting victims per week, LAPD Chief Michel Moore told the Police Commission.

The city has had 162 homicides in 2021 as of June 22, compared to 129 homicides during the same period in 2020. Overall violent crime has increased by 4.3% in 2021, but reported sexual assaults and robberies have decreased.

The Department of Justice's gun trafficking strike force initiative is part of a larger strategy to combat gun violence, including through $350 billion in financial support to states and local governments to hire more officers and fund community violence intervention programs, summer employment and educational opportunities and other investments that are proven to reduce crime.