Harvey Weinstein engaged in sex trafficking by traveling to Europe and luring an aspiring actress from London to a hotel room where he sexually assaulted her, according to a new lawsuit filed against the disgraced movie producer.

NEW YORK (KABC) -- In a newly filed lawsuit, disgraced movie mogul Harvey Weinstein has been accused by a British actress of engaging in sex trafficking by luring her from London to a Cannes hotel room where he sexually assaulted her.

Thirty-one-year-old Kadian Noble filed the lawsuit in federal court in Manhattan, alleging that Weinstein in 2014 "groomed" her "by telling her that he had a role in mind for her and that 'it will be good for you.'" He later allegedly approached her at the Majestic Hotel in France and invited her to watch her demo reel in his room.

Bob Weinstein, Harvey Weinstein's brother, and their namesake company are also named in the lawsuit, which claims that it was common practice for Harvey Weinstein to travel abroad and across the U.S. to entice young female actresses with promises of film roles -- only to use fraud and coercion to engage them in sex.

According to the suit, once Noble and Harvey Weinstein arrived at his hotel room, he began massaging and touching her.

"He forced me to do things with him that I wasn't comfortable with," Noble said tearfully at a Tuesday news conference. "All these promises and how this has gone on for so many years -- and it's like, all the reassurance, it just made no sense."

Noble's attorney said that traveling from the U.S. to another country and committing a "commercial sex act" is a violation of federal law.

Noble said she had been prepared to put the incident behind her, but after other women made public accusations against Weinstein, she felt that she too could come forward. 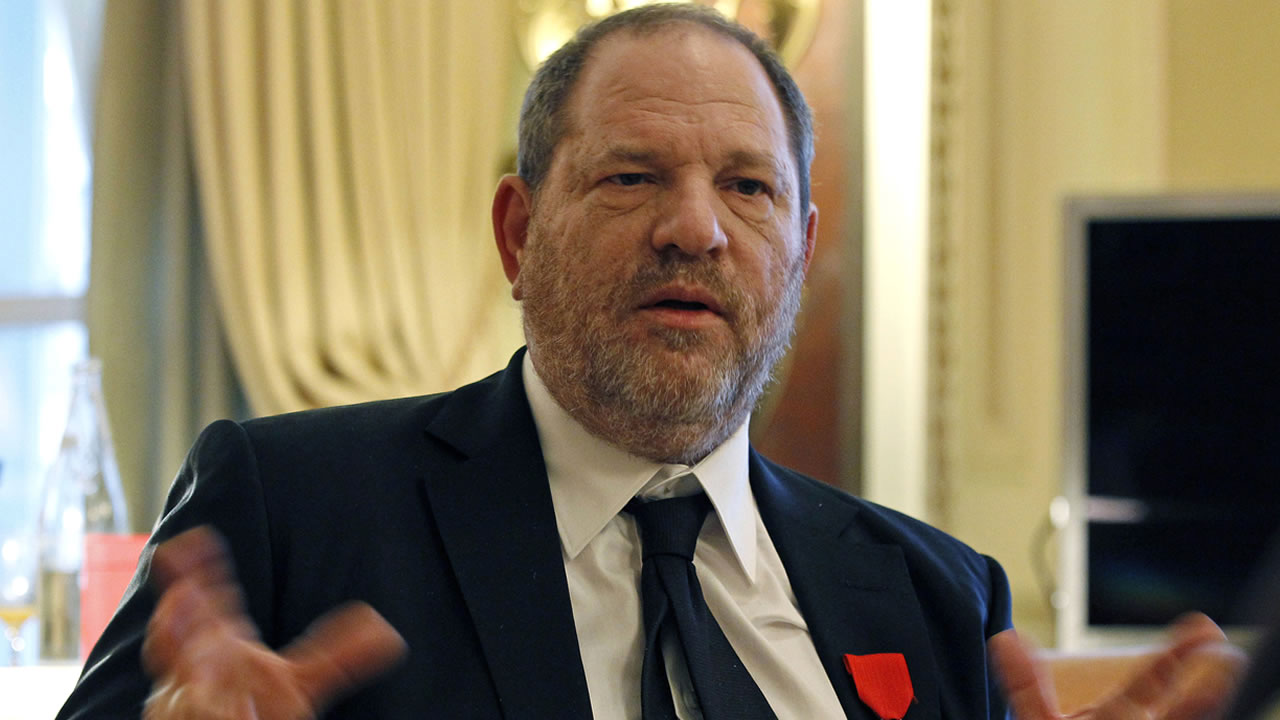