KABC
LAKE FOREST, Calif. (KABC) -- The mystery behind an outbreak of skin rashes at a Lake Forest elementary school appears to have been solved.

More than 40 cases of skin irritation were reported at Lake Forest Elementary School beginning on Sept. 15.

After launching an investigation, Orange County Mosquito and Vector Control District said it had pinpointed the issue to new wood chips on the playground.

"We were able to collect about 25 mites off of one of the areas where we collected the wood chips," Jared Dever, director of communications of Orange County Mosquito and Vector Control District said.

Entomologists collected the dozens of mites from a tiny sample and Dever said the blood-feeding mites could cause the irritation seen in photographs.

"We're happy that at least we have a direction and we can make some solid recommendations," Dever said.

The recommendations include removing the wood chips from the playground that was closed once again. It was also recommended that the school spray pesticides that target mites and focus the spray on the playground.

Officials said they still didn't know if the wood chips were the source of the problem or just where the mites had concentrated.
"These are free-ranging mites, so they do roam about the property, they're not dependent on a host," Dever said.

Saddleback Valley Unified School District released the following statement: "We will follow Vector Control's recommendations as we are anxious to treat the problem."

"They were always very open, and you can't help if a bug comes on the playground," parent London Bengel said. "But they never made any attempt to hide it or shush it up."

Bengel said his son, a 1st grader at Lake Forest Elementary School, came home with bites 10 days ago and that he was looking forward to the issue being resolved so that his son could get back on the playground.

"The fact that he's going to get to burn some energy at lunch and two recesses is going to make a huge difference come bed time," Bengel said with a laugh.

Officials said they would test again if there were more reports of bites after the wood chips were removed and the area was sprayed again.
Related topics:
health & fitnesslake forestorange countychildren's healtheducationschoolschool safetystudent safetybugsbug safety
Copyright © 2021 KABC-TV. All Rights Reserved.
RELATED 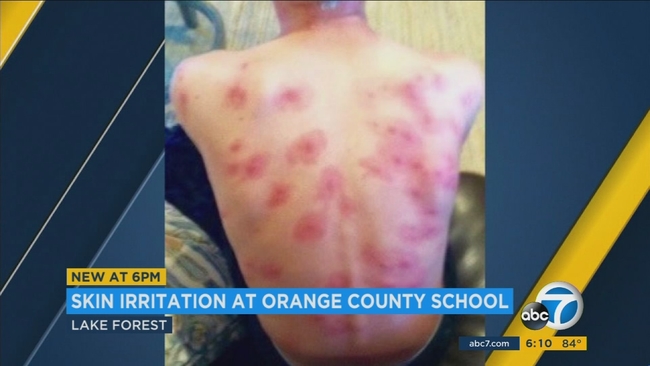 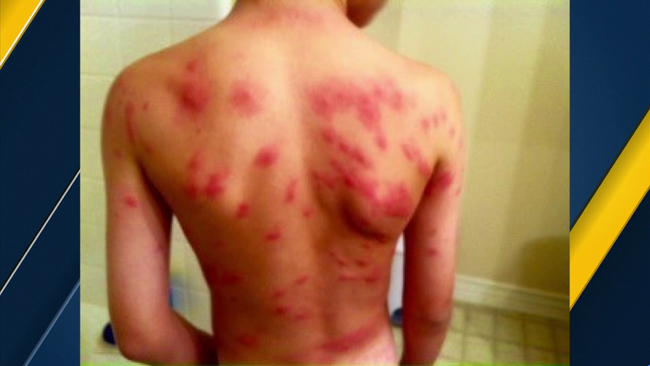