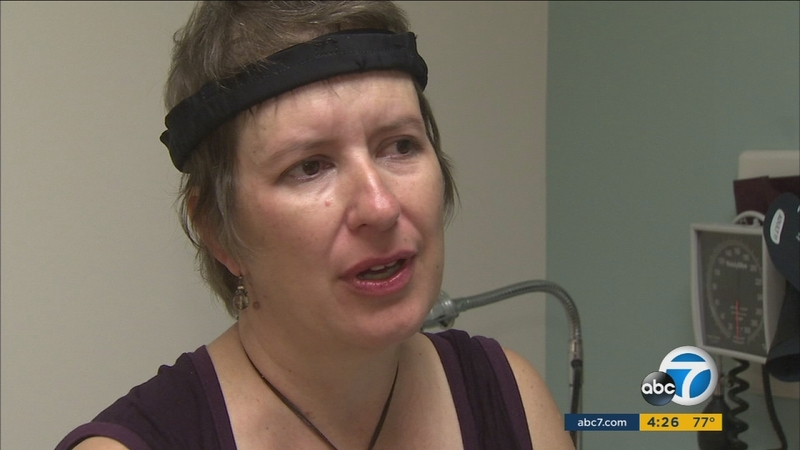 Researchers at the John Wayne Cancer Institute in Santa Monica were studying the innovative approach to battling cancer.

"It records everything," said 49-year-old Leonore MacDonald, who was diagnosed with Glioblastoma in 2015.

"It's been the least invasive thing that I've done so far," MacDonald stated.

Dr. Garni Barkhoudarian said Glioblastoma is one of the most aggressive types of cancer one can get.

"It really has a tough diagnosis," Barkhoudarian said. He said most patients are given 18 to 24 months to live.

The neurosurgeon and his colleagues studied how well the Voyager can halt and arrest cancer.

"We're looking to move from a definitive, end-all type of diagnosis to something people live with like diabetes or high blood pressure," said Barkhoudarian.

The FDA has approved another device called the Optune that uses electrical current. Studies show the Optune can increase survival time from 18 months up to six years. Patients shave their heads to wear the electrodes.

Researchers hope the Voyager will deliver the same results with just wearing a headband. Barkhoudarian said the side effects, which are probably minor, are still being investigated.

In previous studies of similar devices, researchers found the more patients wear it, the more effective it was. So it is possible that patients like MacDonald may have to wear the device for the rest of their lives.

"If I have to wear it forever, it's OK," MacDonald said.

Researchers are still enrolling patients who've undergone conventional treatment. MacDonald has a 6-year-old daughter she wants to see grow up.

"Obviously I don't want to go anytime soon," she sighed.

In September, MacDonald said she has big plans to scale the Matterhorn in the Swiss Alps.