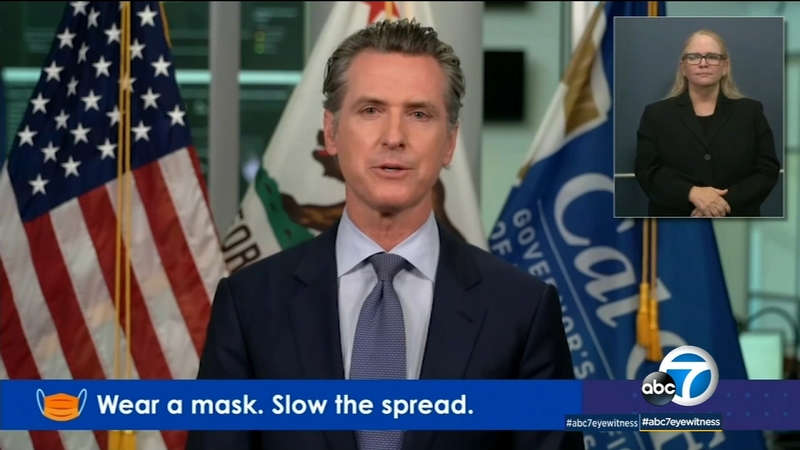 SACRAMENTO -- California is strapped for cash and Gov. Gavin Newsom made that point clear at the top of his press conference Monday on the coronavirus pandemic.

President Donald Trump announced an executive order Saturday that extends additional unemployment payments of up to $400 a week to help cushion the economic fallout of the pandemic. But under Trump's plan, the $400 a week requires a state to commit to providing $100.

Coming up with 25% of the funding would require significant cuts elsewhere, Newsom said, as funding from the prior CARES Act has all but run out.

"There is no money sitting in the piggy bank of the previous CARES Act to be reprioritized or reconstituted for this purpose," the governor said. "Simply, it does not exist."

Paying 25% of the new round of unemployment benefits would cost California an estimated $700 million a week, as the state reckons with unemployment and underemployment figures not seen since the Great Depression.

Congress had approved payments of $600 a week at the outset of the coronavirus outbreak, but those benefits expired Aug. 1 and Congress has been unable to agree on an extension.

Gov. Newsom also addressed the data glitch that led to an underreporting of new COVID-19 cases over the past few weeks. The issue was fixed last week and the backlog was processed over the weekend, Health and Human Services Secretary Dr. Mark Ghaly said Monday.
Newsom said he didn't know about the misreporting until after he gave his last press conference last Monday. Dr. Ghaly then held a briefing on the data issue Tuesday.

"These things are unfortunate, but we are moving forward," the governor said.

During his press conference on Monday, Gov. Newsom did not say why Angell resigned.

CA Department of Public Health Director and State Health Officer Dr. Sonia Angell announced her resignation on Sunday night. She did not give a reason for her resignation. In a statement, Gov. Newsom and Dr. Mark Ghaly thanked Angell for her service.

CA doctor says COVID booster shots may not be necessary

When should CA lift outdoor mask mandate? Experts are conflicted