Garcetti also warned if the current pace of COVID-19 cases and hospitalizations continues, there will not be enough hospital beds by Christmastime.
KABC
LOS ANGELES (KABC) -- Starting the day before Thanksgiving, travelers arriving to Los Angeles by airplane or train will have to sign a form acknowledging California's recommendation of a 14-day self-quarantine, Mayor Eric Garcetti announced Monday evening.

Travelers over the age of 16 arriving from another state or country must submit the form online prior to or upon arrival at Los Angeles International Airport, Van Nuys Airport or Union Station.

"To help stop the spread of COVID-19, Los Angeles is requiring all travelers entering the city from another state or country to fill out this online form, acknowledging that they have read and understood California's travel advisory," the form states on the city website.

RELATED: Ahead of holiday travel season, West Coast states urge 14-day quarantine for anyone entering from out of state
EMBED More News Videos

The governors of the West Coast states of California, Washington and Oregon have issued an advisory recommending against non-essential travel as the holiday season looms and the US

The form is available at travel.lacity.org. Those who don't submit the form may face a fine of up to $500.

"Visitors arriving at LAX or Van Nuys will be informed of this new requirement through signs posted throughout the airports and airlines are being asked to notify their passengers," the mayor said during the coronavirus briefing. "It will take less than a minute."

Flightradar24, which shows real-time commercial aircraft flight tracking information on a map, recorded heavy air travel over the United States on Monday from 6 a.m. to noon.

RELATED: Millions still traveling, including many in SoCal, despite CDC pleas to stay home for Thanksgiving
EMBED More News Videos

Despite public health experts urging all Americans to stay home for Thanksgiving, many are still traveling for the holiday.

Despite warnings from health officials, more than 2 million Americans are projected to fly for Thanksgiving. On Sunday, airports saw their busiest day since the pandemic started, and ABC News reports more than 1 million people passed through American airports on Friday -- 1.5 million less than on the same day last year. However, the figure from the TSA represents the second-highest number of people to travel by air since March 17.

The announcement came as Garcetti warned if the current pace of COVID-19 cases and hospitalizations continues, there will not be enough hospital beds by Christmastime. He added that the virus is "threatening to spiral out of control" in Los Angeles.

Starting the day before Thanksgiving, travelers coming to the city of L.A. will have to fill out a form acknowledging the state's recommended 14-day quarantine, Mayor Eric Garcetti announced.

"We are at the highest risk level that we have been," he said. "We're seeing numbers that literally three weeks ago were half as much."

Garcetti also announced the city's testing sites will be closed Thursday and Friday due to the Thanksgiving holiday.

LAUSD pushes for its schools to become vaccination sites 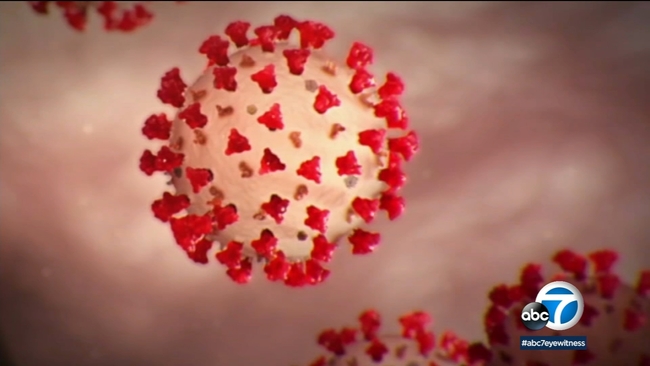