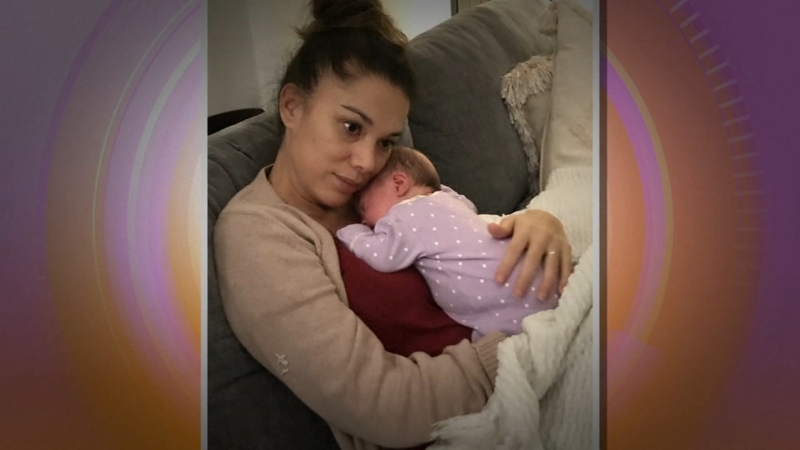 February is Heart Health Month, and one new mom is sounding the alarm on a dangerous heart condition.

For Danielle Cognetti, much of her pregnancy with her twin girls was smooth sailing.

"Pregnancy was great," she said. "Probably exercised about five days a week."

But in August, she was forced into emergency labor when one of the baby's vital signs grew concerning.

"I remember the doctor telling me, 'We're going to deliver you,' that day. And it was a bit of a shock to me," Cognetti said.

Chloe and Ava were born five weeks early via emergency C-section. The girls had to stay in the NICU for several weeks. Cognetti, who suffered complications during delivery, went home with her husband to recover.

"Just wasn't feeling great. But, you know, I just had a C-section. I just carried two twins. I was still swollen," Cognetti said.

She tried to brush off her symptoms, but she began to feel worse.

"All My Children" star Susan Lucci urges women to get heart screenings after her near-death experience.

"I just couldn't breathe. I couldn't get to the bathroom and back. I was holding on, and I woke my husband up and said 'I think I'm dying,'" she said.

The first-time mom put off going to the hospital for two days, thinking her swollen ankles and trouble breathing were normal after giving birth, but they weren't. Doctors admitted her immediately.

The next morning the heart failure team walked in, Cognetti said.

"It's always heart-wrenching to deliver that news," said Dr. Anu Lala, a cardiologist with The Mount Sinai Hospital. "I came into her room and had to tell her that her heart muscle function was weak."

Cognetti was diagnosed with peripartum cardiomyopathy, a rare but potentially deadly disease where the heart muscle weakens. Doctors said it usually occurs between the last month of pregnancy to five months post-delivery.

Cognetti's twin pregnancy, and the fact that she is over 35, may have put her at higher risk.

RELATED: Hate heart-healthy veggies? It could be genetic

"It was the shock of my life. I could not, I just couldn't wrap my head around it. I could not understand how, you know, how I found myself in heart failure," Cognetti said.

Ultimately, Cognetti's physician said her decision to listen to her body and seek help saved her life.

"I think women oftentimes ignore or downplay their symptoms as not real, or maybe in their head, such as shortness of breath, excessive leg swelling -- not being able to breathe when you sleep," Lala said.

These are things that should prompt medical attention.

The doctor said while peripartum cardiomyopathy is rare, women should seek care if they sense something is wrong.

"It's so critically important for us to remember that heart disease is the No. 1 killer of women," Lala said.

Cognetti's body responded quickly to a strict regimen of medications and change in diet.

Now her heart and her 5-month-old twins are thriving.

"They've gotten big. They're happy little girls, which is, it's an incredible blessing to have two of them," she said.