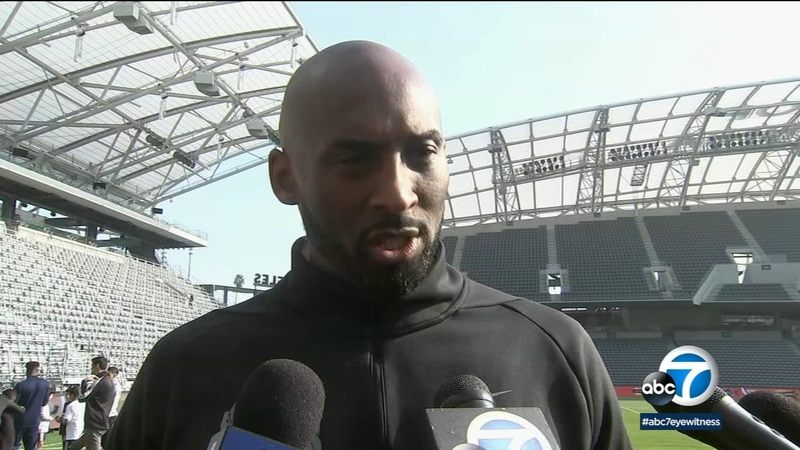 EXPOSITION PARK, LOS ANGELES (KABC) -- Millions of fans continue to mourn the death of Kobe Bryant, the basketball legend whose career spanned 20 years - all with the Lakers.

ABC7 spoke to Bryant 11 days before the NBA icon died in a helicopter crash with eight others, including his 13-year-old daughter Gianna.

Bryant, who became a soccer fan while living in Italy as a young child, was at a Major League Soccer youth event at Bank of California Stadium in Exposition Park. He gathered with current MLS players to participate in a youth soccer clinic.

Before their interview with ABC7's Ashley Brewer, Bryant shared a hug and talked about life, the value of hard work and about his daughter Gianna.

He also stressed the importance and impact of supporting children's future.