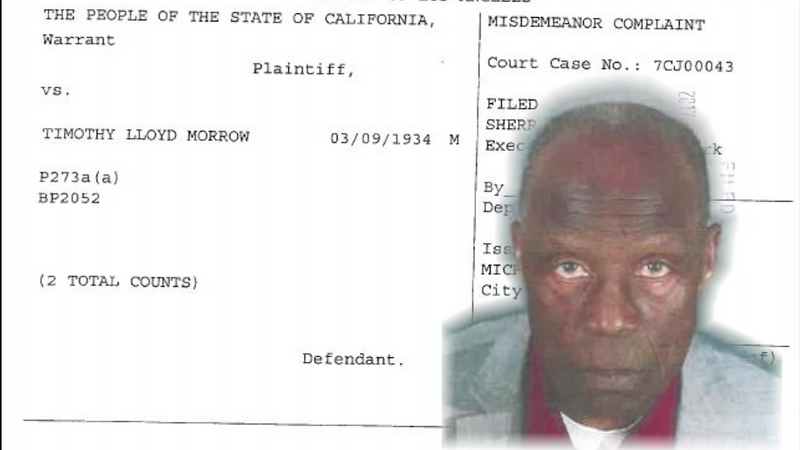 LOS ANGELES (KABC) -- Edgar Lopez didn't live to see the eighth grade. In the last two months of his life, he lost 33 pounds. An autopsy report describes his limbs as "very skinny," with his ribs and pelvic bones sticking out.

Edgar, only 13 years old, was literally wasting away.

Edgar's parents declined to speak with Eyewitness News, his father expressing the grief their family feels four years after the boy's death from inadequately treated diabetes.

Photos show 13-year-old Edgar Lopez, who died under the care of a self-proclaimed herbalist.

The last year of Edgar's life and his death in August of 2014 will be the focus of the upcoming trial of self-described "master herbalist" Tim Morrow. The Los Angeles City Attorney's office charged Morrow earlier this year with two misdemeanors - child abuse resulting in death and practicing medicine without a license.

Investigators say Edgar's mother, Maria Madrigal, told them she took her son off his prescribed insulin about three months after his initial diagnosis of Type 1 diabetes because Morrow had assured her Edgar's diabetes could be better controlled with the herbs than with insulin. She said she believed that Morrow was a "doctor" of natural medicine.

Morrow, 84, continues to sell those herbs online and out of his shop in Torrance. He is free on $100,000 bail while awaiting trial and has pleaded not guilty to the charges.

Morrow declined repeated requests for an interview but has plenty to say in online videos about his views on traditional medicine.

"Let me remind you ladies that when you see cellulite -- cellulite is unfinished menstrual cycle!"

"90 percent of all Americans will die by drowning in their own mucus."

"I can tell you all shots are lethal."

"The cheese, the white rice, the sugar and the pasta that is in the uterus keeps the poor woman from getting pregnant."

Morrow said he was diagnosed with prostate cancer in his 40s, and after five years of "doctors telling me, treating me, and misleading me," he cured himself of the cancer with herbs.

Morrow said he is a man of God and begins one of his online videos with a prayer; "I just ask that no one is ever injured by what I say or what I do."

But that's exactly what police and prosecutors say happened.

Edgar died less than one year after he was diagnosed with Type 1 diabetes. A seventh-grader at Madrona Middle School in Torrance, friends describe him as having been kind and athletic.

"It was really unexpected because he looked like a healthy kid. He was playing soccer and sports and stuff like that," former classmate Aaron Gutierrez told Eyewitness News.

Dr. Pablito Nagpala was Edgar's pediatric endocrinologist - a specialist in childhood diabetes. He last saw Edgar early that summer and said there was no reason to believe the boy was not taking his prescribed insulin.

"I remember the mom being on top of things," Nagpala told Eyewitness News. "I always think of her as a devoted mother, just wanting the best for Edgar. She probably truly believed that this is the best thing for her child."

There is conflicting information about Edgar's insulin regimen in medical records cited in the coroner's report. But investigators said Edgar's parents told them they stopped giving him insulin in January of 2014 and began treating him with herbs and diet instead.

Nagpala believes Edgar may have remained healthy with normal blood sugar levels for a period of time because of a "honeymoon phase" that happens when someone first begins to take insulin.

In late August 2014, Edgar became seriously ill. Investigators said Edgar's family described the boy as being nauseous, weak, in pain and struggling to breathe. Edgar's brother told investigators that Edgar asked several times to go to the hospital on the day before his death.

Instead, Edgar's family called Morrow - the herbalist. The coroner's investigative report says that Morrow came to their Harbor Gateway-area home, showed the family how to apply lavender oil on Edgar, did some foot reflexology and told the family the boy was having a "healing crisis." Investigators said the parents and Edgar's brother told them that Morrow discouraged them from calling 911 because the "healing crisis" was a good sign - that toxins were leaving Edgar's body.

Morrow discusses the concept of a "healing crisis" in one of his online videos, saying "it creates a kind of sig-alert - all this waste is trying to get out at the same time."

"On the other side of the healing crisis is literally euphoria and the body actually getting well," Morrow says in the video. "Geez, I wish there was another word I could use other than crisis, because it's not a crisis at all, it's the beginning of getting well."

Nagpala disagrees, saying, "that's not a healing, that's just a crisis - just a crisis leading to fatality which is a preventable death of this young boy - full of promise, smart, sweet."

Investigators said Edgar's brother told them that by the next morning the boy's breathing and pulse had slowed even more. Again, they called Morrow who allegedly told the family Edgar's symptoms were still just part of the healing crisis - and they should open windows to allow in "energy from the sun."

Edgar was reportedly barely breathing when his brother finally called 911 that day. Paramedics rushed Edgar to UCLA-Harbor Medical Center, but it was too late.

"This must have been very painful for Edgar," Nagpala said. "Clearly, Edgar is undergoing diabetic ketoacidosis....with proper treatment like insulin and in-patient admission hospitalization, he would have definitely been saved."

The coroner agreed, concluding in his report; "Edgar would have lived if he had received medical treatment. Since lifesaving medical treatment was withheld from him, his death was caused by medical neglect."

Dr. Carol Berkowitz, Chief of Pediatrics at Harbor-UCLA, was brought in by investigators to give her expert opinion as to whether there was evidence of child neglect by the parents.

She reviewed health records, noting that Edgar weighed just 68 pounds at the time of his death. She wrote in her report that his symptoms were "consistent with diabetic ketoacidosis" and his death "was fully preventable."

However, Berkowitz concludes that while the parents "were neglectful in the time around Edgar's death," there were no signs of neglect or inadequate medical care until the last two months of his life.

"The parents were ill-informed in their choice of care provider, and it is unfortunate that the herbalist did not recommend taking Edgar to the emergency department," Berkowitz wrote in her report.

Edgar's death was investigated by the LAPD Harbor Division and was initially presented to the L.A. County District Attorney's Office for possible felony homicide charges against both Morrow and Edgar's mother.

In July of 2017, county prosecutors declined to file felony charges and referred the case to the L.A. City Attorney's Office for possible misdemeanor charges.

L.A. City Attorney Mike Feuer told Eyewitness News Edgar may not be the only victim, and he encourages other victims to come forward.

"It's very important that viewers report to our office any allegations of either the unlicensed practice of medicine in general or allegations with the individual in this case," said Feuer.

If Morrow is convicted of the two misdemeanors, he could face up to two years in jail.

"There is a boy who is dead. There is a mother who is grieving and we're seeking justice," said Feuer, noting the mother placed her trust in Morrow.

According to the coroner's investigation, Edgar's mother also participated in a referral program for the supplements and got discounts by persuading more people to buy Morrow's herbs.

Morrow's attorney Sanford Perliss told Eyewitness News that Edgar's parents are to blame for the boy's death. He said Morrow denies telling the family to not call 911 and that Morrow has never held himself out to be a doctor.

Morrow hates doctors, Perliss said, so the "charge of practicing medicine without a license is preposterous."

No trial date has been set for Morrow, and he continues to run his herbal shop in Torrance. To this day, Morrow's website states, "there are no side effects to herbs," and "these herbs, in fact, are gentle enough for children."