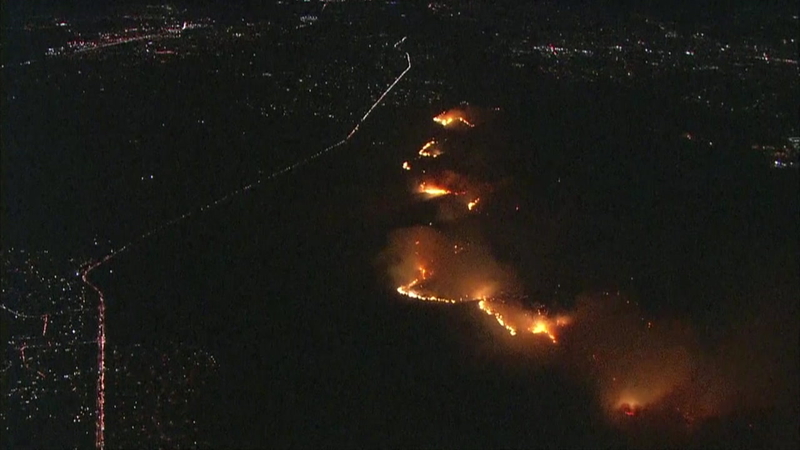 VENTURA COUNTY, Calif. (KABC) -- The Hill Fire, which scorched more than 4,500 acres in Ventura County, was likely caused by "human activity," according to Cal Fire officials.

Officials said the cause of the fire, now 100 percent contained, was still under investigation, but investigators had ruled out all other causes except human activity.

Fire investigators are asking anyone with information about the possible cause of the fire to contact Cal Fire's tip line at 1-800-468-4408. A $10,000 reward is being offered for information leading to a person responsible for igniting the blaze.

The Hill Fire broke out about 2 p.m. at Hill Canyon Road, west of Santa Rosa Road, last week, just before the Woolsey Fire began to grow out of control nearby.

The fire burned in the Santa Rosa Valley, triggering evacuations before it diminished as it moved toward the burn area of the 2013 Springs Fire, fire officials said.

The Hill Fire destroyed four homes and damaged two others, according to fire officials.