Pasadena celebrates group that has elevated Latinos for 40 years, provided hundreds of scholarships 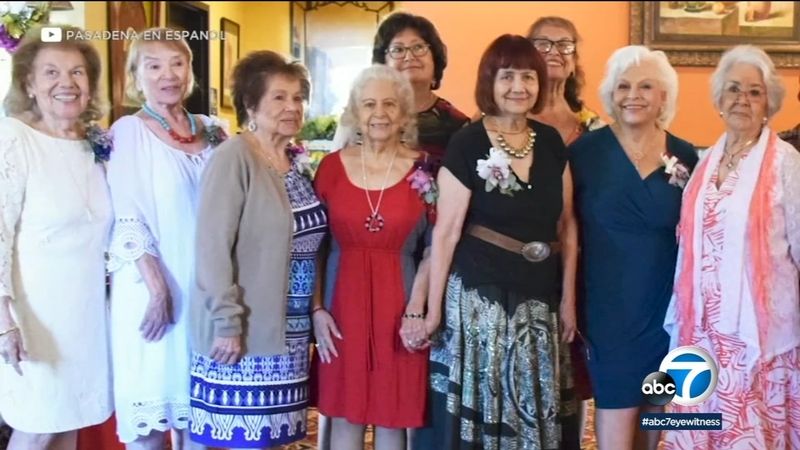 Pasadena celebrates group that has elevated Latinos for 40 years

PASADENA, Calif. (KABC) -- Pasadena's longest-running Latina non-profit organization has been forced to shut down after 40 years due to a drop in recruitment.

Several generations of women came together with their families one last time this week. The women were a part of the Community Organization of Pasadena for Advancement, or COPA for short.

The women were celebrated the group's role in helping to send young women to college. COPA was founded in 1981 by professional women with a focus on Latina issues in the community.

"I think what we have done is really bring attention to needs of Pasadena Latinos and Latinas, especially in the beginning, we didn't have that many organizations," said Christina Fuentes, a founding member of COPA. "I think that had a big impact."

During its 40 years, COPA provided hundreds of scholarships to young women through funds the group raised. After all those years, the organization is stepping aside - but not before the city of Pasadena recognized the group's contributions.

"I stand here as mayor today very much because all of you paved the road, literally and figuratively," said Pasadena Mayor Victor Gordo.

A bench installed in 2013 at Eaton Blanch Park will also remind generations to come of COPA's contributions.