Eye on L.A. explores historic sites across the city 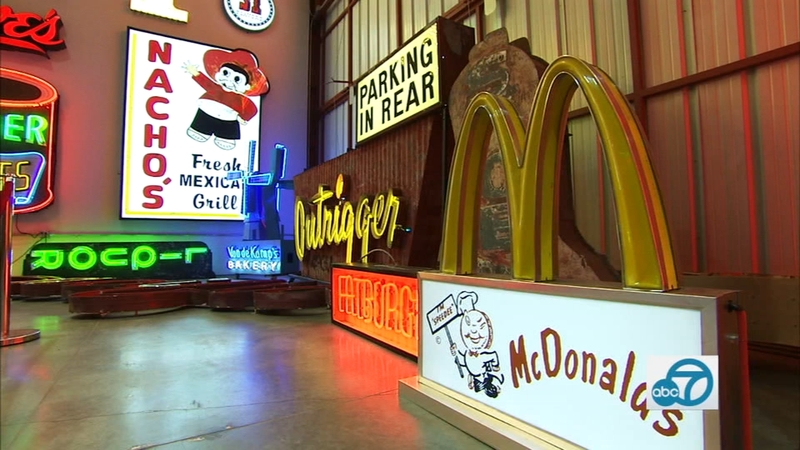 Eye on L.A. explores historic sites across the city

LOS ANGELES, Calif. (KABC) -- Los Angeles is filled with historic sites and fascinating stories. From clubs created to empower women to famous diners that were saved from annihilation, we're uncovering the stories inside these secret gems.

1933 GROUP: TAIL O'THE PUP & FORMOSA CAFÉ
The 1933 Group helms an impressive list of bars and eateries in Los Angeles, including the historical restorations of Highland Park Bowl and the barrel-shaped bar Idle Hour in North Hollywood. Now they've become the proud owners of two more iconic L.A. hotspots: the famed Formosa Café and the giant hot dog known as the Tail O' the Pup! They're currently looking for a new location to house and restore the Tail O' the Pup, and we can look forward to a spring 2019 opening for the Formosa Café. The group will also release a tell-all book about the Hollywood hotspot titled, "Meet Me at the Formosa," to coincide with the grand re-opening. https://www.1933group.com/

THE EBELL & THE WILSHIRE EBELL THEATRE
Built for women, by women, the Ebell of Los Angeles is the oldest, still-active women's club in Los Angeles. It was established in 1894 when women didn't often have access to a place to discuss the arts, politics, education and more. Amelia Earhart made her last public appearance at the Ebell just a few weeks before her ill-fated flight. Judy Garland was discovered on the Wilshire Ebell Theatre stage and today, powerhouse women like Michelle Obama and Kamala Harris visit the historic club. The stunning venue is also available for events and weddings. To learn more about the facility and membership visit:
https://ebellofla.com/
743 South Lucerne Boulevard
Los Angeles, CA 90005

YWCA OF GREATER LOS ANGELES
The YWCA was created in England in 1886 as the Young Women's Christian Association and eventually made its way to Los Angeles at the turn of the century. Their mission at the time was to take care of women in need of housing, support and education. Their remarkable work led to the creation of the Hollywood Studio Club, which was built in 1926 to house young, aspiring starlets coming to Hollywood with no place to live, and the YWCA also built the still-popular Hotel Figueroa as a safe place to stay for women traveling alone. Their mission today, led by YWCA of Greater Los Angeles President and CEO, Faye Washington, is to empower women, eliminate racism and promote peace, justice, freedom and dignity for all. Learn more about the housing, childcare, senior care, education and job core services provided by the YWCA here: https://ywcagla.org/
1020 S Olive St., 7th Floor
Los Angeles, CA 90015

HOTEL FIGUEROA
Hotel Figueroa was the first of its kind. Built for $1.25 million in 1926, it was the largest investment made by women in the United States at the time. The hotel was created by the women of the YWCA as a safe haven for solo female travelers who were prohibited from checking into most hotels without a male chaperone. Hotel Figueroa gave women the freedom to live uninhibited lives among other like-minded women, and this paradise of feminine energy attracted professional women from all over the world. The hotel has managed to stay relevant and popular over the decades and recently reopened after an extensive renovation and restoration. Today, Hotel Figueroa is one of downtown L.A.'s most popular hotspots and makes it a point to pay homage to the women who built it. https://www.hotelfigueroa.com/
939 S. Figueroa Street
Los Angeles, CA 90015

Take a look inside two historical landmarks with unique stories behind them.

THE LOG CABIN MERCANTILE CO.
Take a drive along Valley Circle Boulevard near Box Canyon in Chatsworth and you'll stumble upon a very special little log cabin that's been around since the turn of the century. Originally built as a real estate office and general store for the early settlers of the Chatsworth Lake area, today, mother-daughter team Suze O'Dea and Cherokee-Lar O'Dea are celebrating 50 years of owning the historic site. Stop in at the Log Cabin Mercantile, Co. for coffee and a chat, and explore their eclectic mix of items that range from locally roasted coffee and locally sourced produce to outdoor decor and antiques. When the mood strikes them, they also feature different musical and spoken word artists from the area, as well as tarot readings and guided meditations. The log cabin also comes with a bit of rock 'n' roll history. Cherie Currie, lead singer of the Runaways with Joan Jett, started her chainsaw carving career at the cabin back in the early 2000s. This is one of the oldest structures in the West San Fernando Valley. http://lalogcabin.com/

PARAMOUNT RANCH
During the tragic Woolsey Fire, the famed Paramount Ranch was all but destroyed. For decades it was a popular location for countless TV shows and movies and was the quintessential old west backdrop that transported viewers back in time. Paramount Pictures purchased the ranch in 1927, but unfortunately most of the sets from the Paramount heyday are now gone. HBO's "Westworld" is among the most recent productions to shoot here and that small white church often seen in the show is now one of only two structures still standing. But there's a sequel in the works as Paramount Ranch plans to completely rebuild within the next two years. https://www.nps.gov/samo/planyourvisit/paramountranch.htm

Historic sites Paramount Ranch and the Alexandria Hotel are making new changes to their iconic businesses.