Father of 4 brain dead after being struck by hit-and-run driver in Westlake, LAPD says

A 34-year-old father died a week after he was struck by a hit-and-run driver on a street in Westlake, Los Angeles police announced.

LOS ANGELES (KABC) -- Authorities have released the names of two persons of interest in a hit-and-run that left a 34-year-old father brain dead.

Emelio Perez is on life support almost a week after he was struck on a street in Westlake, Los Angeles police announced Wednesday.

Police are searching for Vanessa Gutierrez, 35, and Destiny Williams, in her 30s.

"Just like they didn't have any remorse when they left his body dead on the ground, I won't have any type of mercy or pity towards them," said Sindy Morales, Perez's girlfriend.

In the days following the collision, police released multiple surveillance videos as part of their effort to find the driver.

A tip helped investigators locate the abandoned car a few miles from the crash site, the LAPD said. The vehicle was parked in front of a home on South St. Andrews Place.

Doctors said Perez is brain dead but currently on life support because his family has agreed to donate his organs.

In an earlier version of this story, it was reported that the victim was dead. Police later said Perez is brain dead and is on life support. 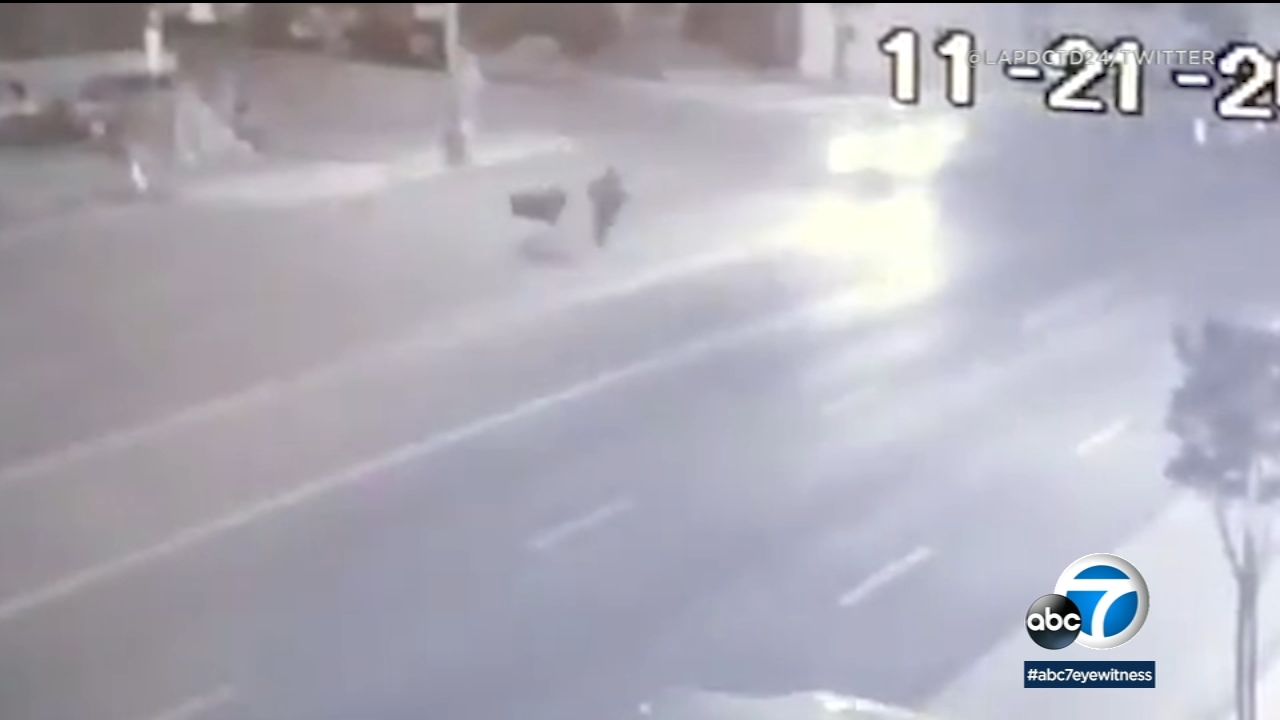