The Hmong community: Resilience, hope and a place in America 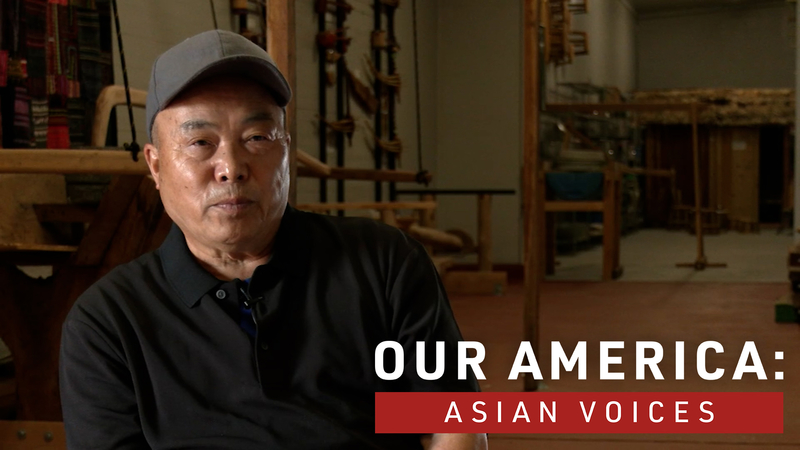 The Hmong community: Resilience, hope & a place in America

FRESNO, Calif. -- It's been 46 years since Hmong people first began migrating to the U.S. from Laos and Thailand. Today, the Fresno area has the second-largest Hmong population in the country behind Minneapolis, with about 33,000 people living in the region.

During the Vietnam War, Hmong boys and men were recruited to fight in the CIA-sponsored operation known as the Secret War to prevent communism from spreading deeper into Southeast Asia. After the U.S. pulled out of Laos, communist forces retaliated against those who sided with the Americans. Thousands died and thousands fled to refugee camps in Thailand, Cambodia and Vietnam.

"Life in the refugee, that difficult. You cannot go outside, you cannot play around. We had to wait for someone to give us food to eat. That's it," said Cha Fong Lee.

Lee and his family escaped to a Thai refugee camp for a year before resettling in Santa Ana, California.

His family eventually moved to the Central Valley where he opened several businesses, including Asia Supermarket in Fresno.

"I hope America is the land of opportunity for everybody too. That's the dream."

Despite all that he's seen and experienced during and after the war, he remains optimistic.

"The life in the future is still better and brighter for us."

Paula Cha is a program manager at the Fresno Interdenominational Refugee Ministries, or FIRM. Cha and her parents came to the United States in the late 70s before there were organizations like FIRM that provided resources to new immigrants and refugees.

"They'll come back and they'll tell me, 'Hey, I've been working on this job that you guys have placed me at and I'm still here.' Just hearing those types of stories makes me really value the heritage and the community members that I work with," said Cha, who has been at FIRM for 15 years.

In refugee camps, Hmong women hand-sewn story cloths as a source of income for their families. It was also a way to document their lived experiences on cloth because up until the 1950s, the Hmong language had no written form.

For Pachia Vang, the narratives woven into the fabric are beyond value.

"Learning about the power of our clothing and how it's helped us really hold on to our identity, and our heritage, and our history, I found a lot of empowerment through that," said Vang, owner of Culture through Cloth.

The traditional clothing is known for its bright colorful patterns and sometimes dangling silver coins.

"Images that we put onto our clothes are things that are found in nature, like flowers and plants and landscapes, rivers, mountains, and so we generally take colors from nature like really bright flowers, or like the Red River or the Green River and then we translate that and put it into our clothing," Vang said.

For many Hmong, it took looking within to find that sense of empowerment and pride. Lar Yang is the organizer of HmongStory40, an exhibit that explores Hmong culture. Yang said there's a long history of Asian Americans changing their first name to better suit English speakers.

"I think it was born out of this disgrace of not understanding our own culture, and not having anything to value. And so we almost had to detach from that history ... to be able to absorb what it means to be an American," Yang said.

He said he believes the greatest gift that you can give someone is the gift of their history.

"I just want Hmong kids, through knowing and being connected to the history, to have a sense that they belong here in America and that through the sacrifices of their parents and grandparents that they deserve the right to be here in America," he said.

Blong Xiong served two terms on the Fresno city council. He's the first person of Hmong descent to be elected to a city council in California.

"There are Americans that have not seen a Hmong person in that role. I think there's also external pressure for me to let them know that we're just as intelligent, we're just as articulate, and we care about the community," Xiong said.