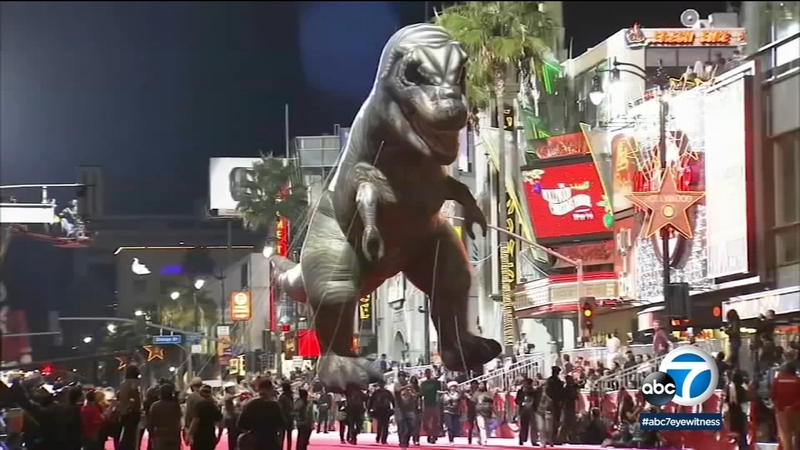 HOLLYWOOD (KABC) -- After being mothballed last year due to the COVID-19 pandemic, the Hollywood Christmas Parade is back.

The star-studded event will take over the streets of Hollywood on Sunday, Nov. 28, starting on Hollywood Boulevard at Orange Drive.

According to the event's website, certain COVID rules may apply in order to attend the event including masking, proof of vaccination or negative COVID test.

"After a very difficult 20 months, and that is putting it lightly, for all of us, this weekend, once again, Hollywood will service as the backdrop to a beloved holiday tradition here in the city of Angels," said O' Farrell. "There's going to be more than 10,000 people watching this parade in person so let's take those precautions. We are starting to come out of this pandemic. Let's come out of it all the way and take the precautions necessary so there are no additional outbreaks."

The parade's organizer, Laura McKenzie, said safety and security was top of mind for the event's big return. Ten thousand masks were donated for the event, according to McKenzie.

Meanwhile, organizers say they're even more mindful after six people were killed and roughly 50 were injured after being hit by an SUV that sped through a Christmas parade in Wisconsin.

Many of the surviving victims suffered life-threatening injuries, with some still clinging to life. Many of those injured were children. The city plans on having more than 100 traffic officers and 15 traffic supervisors working the parade.