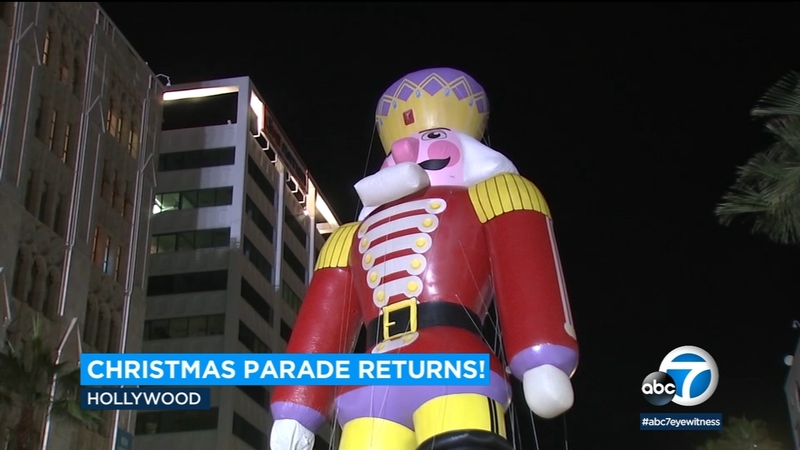 HOLLYWOOD, LOS ANGELES (CNS) -- After a hiatus in 2020 because of the coronavirus pandemic, the Hollywood Christmas Parade returned Sunday night, moving through the streets of Tinseltown with its 89th edition to mark an unofficial start to the holiday season -- though one still being celebrated in the shadow of COVID.

Sheryl Underwood, a host on the daytime show "The Talk,'' served as grand marshal of the parade, which began at Hollywood Boulevard and Orange Street.

"For almost a century, the annual Hollywood Christmas Parade has been lifting the spirits of Angelenos from all walks of life,'' said Los Angeles Mayor Eric Garcetti. After a difficult year and a half, I am excited Angelenos will get to enjoy this parade once again.''

In all, 61 celebrities and VIPS were scheduled to take part, including musicians Marilyn McCoo and Billy Davis Jr. of The Fifth Dimension, and actors Danny Trejo, Tom Arnold and Lou Ferrigno, as well as Jerry Mathers and Tony Dow from early TV's "Leave It to Beaver.''

Organizers say they're even more mindful of safety protocols after six people were killed and roughly 50 were injured after being hit by an SUV that sped through a Christmas parade in Wisconsin.

In addition, spectators got to see 49 movie and TV cars, including "Back to the Future'' DeLoreans, the "Ghostbusters'' Ecto-1 and "Smokey and the Bandit'' Trans-Am; and from TV, the "Munsters'' coach, the "Rockford Files'' Firebird and the "Magnum, P.I.'' Ferrari.

The Idaho Potato Truck Tour brought an 18-wheeler showing off a two-story-tall, two-ton spud. Of course, the parade concluded with an appearance by Santa Claus himself, along with his reindeer.

Officials last week urged spectators to enjoy this year's return -- but to remember to take precautions, as COVID has not gone away.