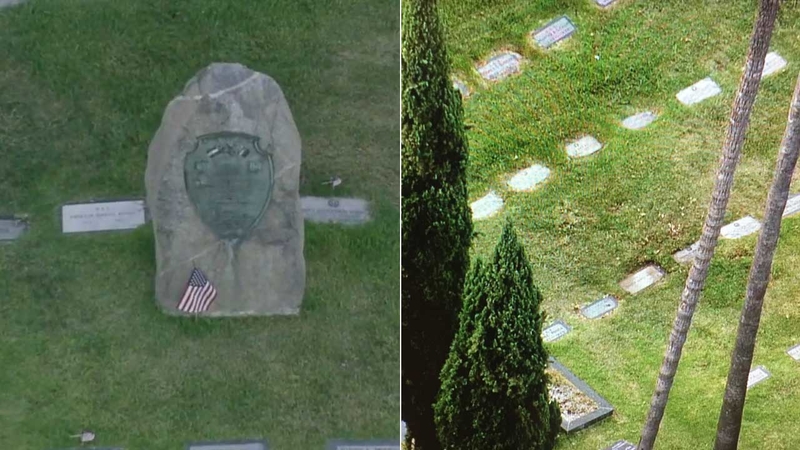 HOLLYWOOD, LOS ANGELES (KABC) -- A Confederate monument at Hollywood Forever Cemetery has been removed after growing outrage following the violence in Charlottesville, Virginia.

The memorial was removed between 4 a.m. and 5 a.m. Wednesday. It was taken to a storage site, but the grave markers remain in place.

The stone structure had been vandalized, and the group that owns the monument, the Long Beach chapter of the United Daughters of the Confederacy, wanted it to be moved before any serious damage was done.

"The situation has become somewhat untenable. It was no longer possible for us to make an atmosphere of serenity and harmony and inclusion," said Theodore Hovey, a cemetery spokesman. "The owners of the monument decided that it was best to remove the monument."

Hollywood Forever Cemetery admits that removing the monument may not end the controversy. Some alt-right groups have already threatened to protest the removal of the memorial. Meantime, others are worried about what precedent it sets to take it out.

"If we start asking to remove these monuments, then they're going to start removing monuments of Martin Luther King," said Monique Edwards, a Hollywood resident. "So we don't want to go through that battle. Just leave it as is. We just don't like the violence."

The United Daughters of the Confederacy told Eyewitness News that there are no plans to put that memorial back on display.