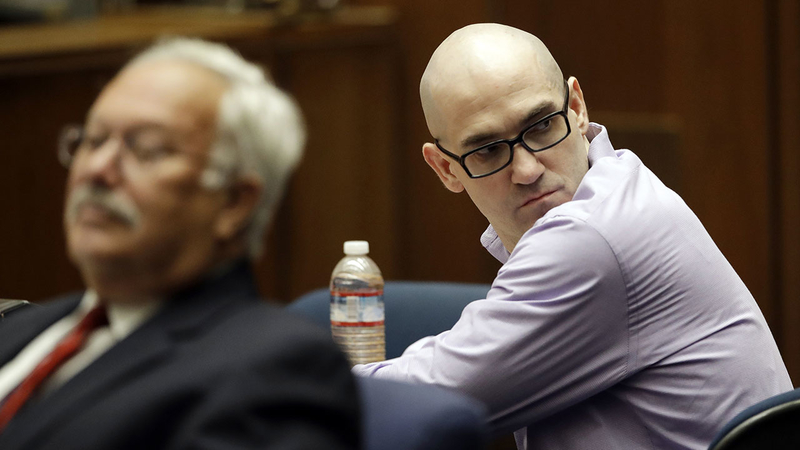 LOS ANGELES -- Jurors have found that a man prosecutors dubbed the "Hollywood Ripper" and "The Boy Next Door Killer" was sane when he fatally stabbed two women and tried to kill a third inside their Southern California homes.

The Los Angeles jury reached the decision Thursday after the sanity phase of the trial of 43-year-old Michael Gargiulo.

Last week the same jury found Gargiulo guilty of the 2005 murder of 32-year-old Maria Bruno in El Monte and the 2001 murder of 22-year-old Ashley Ellerin, who was waiting at her Hollywood home before a planned date with actor Ashton Kutcher.

Disturbing details were revealed in the murder trial of alleged serial killer Michael Gargiulo, accused of murdering several young women, including one who was set to go on a date with actor Ashton Kutcher. Warning: Details in this story may be disturbing.

Gargiulo was also convicted of the 2008 attempted murder of Michelle Murphy.

The crimes were all committed between 2001 and 2008, and one of the locations included an apartment complex in El Monte. The jury was allowed to visit at least two of the murder sites.

The prosecution alone had almost 250 witnesses on its list, including actor Ashton Kutcher - who was set to go out with Ellerin on the night of her murder - and Murphy - who fought back.

Gargiulo could face the death penalty.