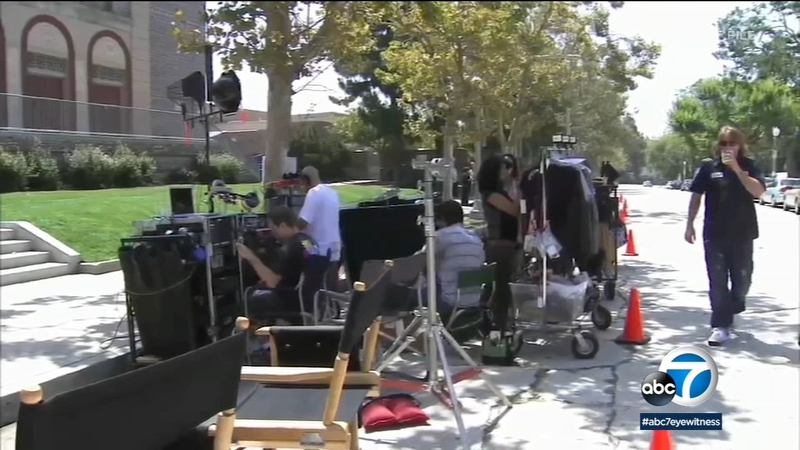 LOS ANGELES (KABC) -- Workers in the television and film industry are voting Sunday whether to authorize a strike that could shut down productions nationwide.

The International Association of Theatrical Stage Employees represents some 52,000 "below the line" workers who could go on strike if an agreement is not reached with the Alliance of Motion Picture and Television Producers.

The union is voting Sunday until 9 p.m. with results expected to be announced Monday. Analysts expect the workers to vote in favor of authorizing a strike.

A vote in favor does not necessarily mean a strike would happen. It authorizes union leadership to call a strike if negotiations fail.

Adequate rest breaks, low wages and earnings from streaming projects are among the issues.

The talks involve 13 local Hollywood unions that include workers such as costumers, grips, script supervisors, technicians and other positions.