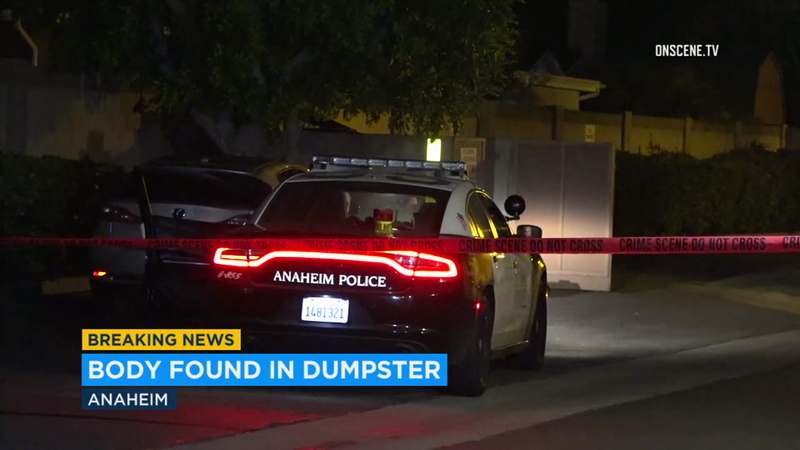 ANAHEIM, Calif. (KABC) -- A homicide investigation is underway in Anaheim following the discovery of a woman's body in a dumpster early Tuesday morning, police said.

Officers responded to the scene at a condominium complex in the 2100 block of S. Euclid Street at approximately 3:30 a.m.

The body was found in a "luggage device" described by Anaheim police as a suitcase or duffel bag. It was later confirmed by police to be the body of a woman.

An examination of the body revealed it was still intact after initial reports said the body may have been dismembered.

Police said the body was found by a person rummaging through a dumpster looking for recyclables. The person called police shortly after 2 a.m. after noticing the body.

"Detectives will primarily need to identify the victim," Sgt. Daron Wyatt said. "That will be our first step in trying to determine whether the crime even occurred in our jurisdiction, or if this is just a dumped body here in our jurisdiction."