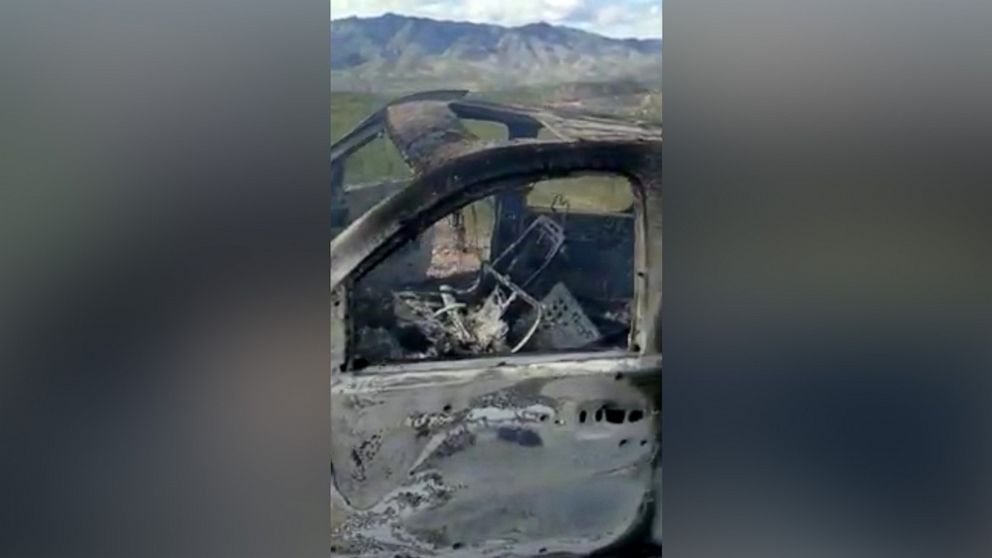 At least nine members of an American family, including six children, were killed in an attack in northern Mexico on Monday, the Mexican military has confirmed.

The family was ambushed by an armed group while traveling from the town of Bavispe in Sonora state to Galeana in Chihuahua state between 9:30 a.m. and 1 p.m. local time, according to Mexico's security minister, Alfonso Durazo.

The area where the attack took place -- less than 100 miles from the Arizona border -- is of territorial dispute by several cartels, and it's possible the family's convoy of cars was mistaken for one of them, Durazo said at a press conference Tuesday morning.

Three women and six children were killed in the ambush, according to Durazo. Eigth other children survived the massacre and many were injured. One of them initially went missing.

Five children were taken to a hospital in Arizona with the help of the Mexican military, according to a relative, Julian LeBaron. He told ABC News that the child who was missing has since been rescued.

One of the family's vehicles, a Chevrolet Tahoe, was found burned with five charred bodies inside about 2 kilometers from the village of San Miguelito in Sonora state, according to Sonora State Attorney General Claudia Indira Contreras Cordova. Inside that car were Rhonita Maria Miller, 30; Howard Jacob Miller Jr., 12; Krystal Bellaine Miller, 10; Titus Alvin Miller, 10; and 8-month-old twins Titus Alvin Miller and Tiana Gricel Miller, according to LeBaron. They were all shot in addition to being burned, he said.

A white Chevrolet Suburban was found about 18 kilometers away with one woman and two children, Cordova told ABC News. Inside that car were Dawna Ray Langford, 43; Trevor Harvey Langford, 11; and Rogan Jay Langford, 2. All had been shot, according to LeBaron.

A third vehicle, a white Suburban, was discovered about 2 kilometers away from the border between Sonora and Chihuahua states, with a woman's body found about 15 meters away from the SUV, according to Cordova. Christina Marie Langford Johnson, 29, was found shot dead, LeBaron said.

Faith Marie Johnson, 7 months, was found in the second Suburban unharmed in her car seat, which appeared to have been put on the floor by her mother in an effort to protect her, LeBaron said.

About 200 shell casings of .223- and 77 mm-caliber guns were found on the scenes, according to Cordova .

The family members were U.S. citizens but lived in a Mormon community, called La Mora, in the Mexican border state of Sonora, according to another relative, Leah Staddon, who was born and raised in the same community but now lives in Arizona. She said her family, although American, has lived in Mexico for decades and they are all dual citizens.

The La Mora community, located in the town of Bavispe, is where most of the family lives, and they were on a route they often use to run errands, according to LeBaron.

On the morning of the attack, the group of family members left the community to drive to a wedding in Chihuahua state, according to Staddon.

Rhonita Maria Miller, who was driving the Chevrolet Tahoe with her children in tow, was going to pick up her husband in the United States before heading to the wedding, according to LeBaron.

"Everyone's just in complete and utter shock," Staddon told ABC News in a Skype interview Monday night. "It has been pretty violent down there for a while and now that it has hit our family, I just want people to know out here how bad it has gotten."

LeBaron said he went to the scene with authorities to help collect the bodies of the dead and look for the ones who survived.

There is an organized crime cell linked to the Pacific Cartel that has a criminal presence in the town of Agua Prieta and in the mountains area on the border between Chihuahua and Sonora, but there are also criminal groups on the Chihuahua side that claim to control territorial areas of the state of Sonora in agreement with criminal groups, according to Durazo.

Mexico's Secretariat of Security and Civilian Protection has announced via Twitter the "strengthening of the state force" in Bavispe "following the allegations of disappearance and assault of several people traveling to La Mora." Members of the country's national guard, army and state police have been deployed to the region to conduct a "search operation," the agency said.

A spokesperson for the U.S. Department of State confirmed the deaths of the nine U.S. citizens and injuries of five others to ABC News, stating that it condemns "this horrific act of violence."

"We are closely monitoring local Mexican authorities' investigation, and as President [Donald] Trump and Secretary [of State Mike] Pompeo have stated, we offer to support this investigation," the spokesperson said.

Trump spoke to Mexican President Andres Manuel Lopez Obrador Tuesday, in which they agreed that the two countries will "cooperate closely to ensure the perpetrators face justice," according to the State Department spokesperson.

"The Department of State has no higher priority than the safety and welfare of U.S. citizens abroad," the spokesperson added. "When a U.S. citizen is missing or passes away overseas, we engage with local officials at multiple levels and provide all appropriate consular assistance."

Trump took to Twitter on Tuesday morning to address the brutal attack and offered to help Mexico flush out "these monsters."

"This is the time for Mexico, with the help of the United States, to wage WAR on the drug cartels and wipe them off the face of the earth," Trump tweeted. "We merely await a call from your great new president!"

Mexico's president released a statement saying Mexico did not "need the intervention of a foreign government to deal with these cases."

After the phone call with Trump, Obrador tweeted his "deepest condolences" to the family and friends of the victims. U.S. Ambassador to Mexico Christopher Landau also expressed his condolences on Twitter.

The FBI said it was in contact with Mexican law enforcement and "offered assistance and stand ready to assist in the wake of this tragedy."

Claudia Pavlovich Arellano, the governor of Mexico's Sonora state, also mentioned the massacre in a tweet Tuesday, vowing to use all her power to not let the crimes go "unpunished" and to make "those responsible pay."

"I don't know what kind of monsters dare to hurt women and children," Pavlovich tweeted.