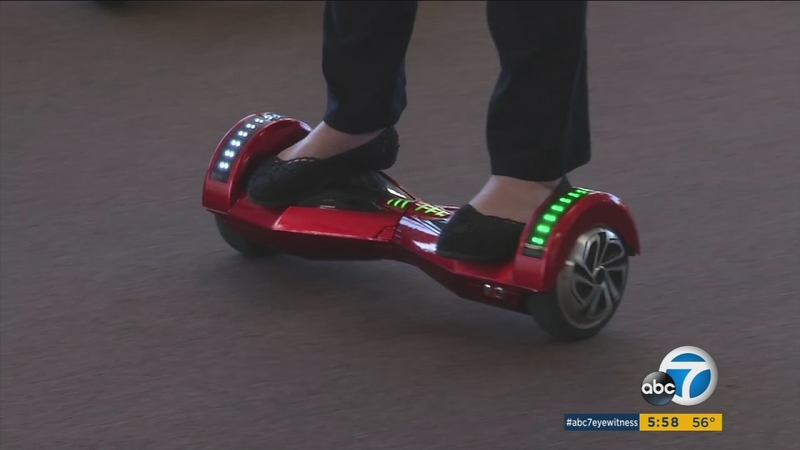 BREA, Calif. (KABC) -- When Stephanie Wiemann gave her son a hoverboard for his 14th birthday, she immediately knew he loved it because she couldn't get him off it.

She almost bought one for her 10-year-old daughter, but a new California law that came into effect on Jan. 1 made her change her mind.

Wiemann, like many parents who bought the gift, said she is frustrated.

"It's too new for whoever put these laws in place, and I don't think they put in enough effort into seeing what they were and what they're all about," she said.

The new law mandates the following: A rider must be 16 years old to ride it in public, they have to wear a helmet and can only ride on streets where the speed limit is under 35 mph.

Anyone who violates those restrictions, or rides under the influence, may pay a $250 fine.

Another restriction that went into effect this year is that Metrolink riders cannot bring the boards on trains. Signs have been posted at stations to remind passengers of the new ban.

The California Highway Patrol will be one of the agencies enforcing the new law. Officers said the new age restriction protects the safety of the rider.

They also said they will focus on education in the beginning. Officers understand some people may be frustrated, but ask for patience with the new law.

"We're going to be new out there enforcing these laws and we're going to kind of see how it goes for us as well," CHP Officer Paul Fox said.