With fossil fuel consumption on the rise, Mayor Rex Parris of Lancaster suggests hydrogen can become the new source of energy. The city has committed to a five-year partnership with clean energy company, Heliogen, to test the new technology.
KABC
By Jovana Lara 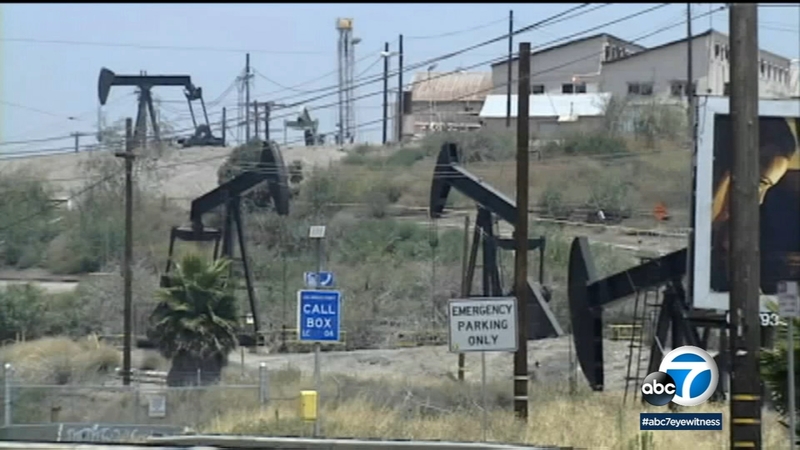 LANCASTER, Calif. (KABC) -- With fossil fuels becoming extinct and making room for newer technology, how does one power the future?

Mayor Rex Parris of Lancaster suggests the answer is hydrogen and his city is committed to testing the technology, but can this power everything from a car to a home?

Parris worries the world is depleting its natural resources at an alarming rate. ""It may already be too late," he says.

Globally, fossil fuel consumption is on the rise, new reserves becoming harder to find. Experts say, oil can run out in about 30 to 50 years.

"Climate extinction is very real. If we did everything right, could we get out of this mess we're in? No one ever raises their hand, now people are raising their hands," says Mayor Parris.

He believes the solution lies in renewable energy: solar and wind, long used in Lancaster, and now, hydrogen-generated with the power of the sun.

"We're finally at a place technologically that it's cost effective to just start moving in that direction. And you know, Lancaster is uniquely situated for it," he says.

Mayor Parris is committing the city of Lancaster to a five-year partnership with clean energy company, Heliogen, to test new technology.

He says his goal is to make Lancaster the first Hydrogen city in the U.S. To achieve this, Parris looks to Heliogen and their CEO and Founder Bill Gross.

"Lancaster has been incredibly helpful in getting this technology to this test phase. They have given us the land so we can build a full size system, where we've demonstrated the high temperatures necessary to make the green hydrogen," says Gross.

He explains how his company is basically building a solar refinery, much like an oil refinery, but with sunshine.

"We concentrate sunlight to higher temperatures that have ever before been possible. And then we turn that concentrated sunlight into either 24-seven-heat or 24-seven-electricity. But most of all, into green hydrogen, which is the cleanest fuel in the world," says Gross.

Jack Brouwer, Professor of Engineering at UC Irvine is ecstatic to see the change.

"It's exciting to have this happening in our backyard. It's exciting also to be one of the first in the world to actually adopt this platform," he says.

Professor Brouwer says green hydrogen can be used to power not only buildings and cars, but also jets, ships, trains and long haul trucks and its emissions won't harm people or the environment.

"Once you have the hydrogen, you can store it for very long periods of time. And then you can also use it and convert it with totally zero emissions. Right? The only emission is water," he says.

However, there are some hurdles to overcome.

"The main challenge has been up to now, you couldn't produce it inexpensively enough to actually make it worthwhile. So the real breakthrough is new technology that we've developed that allows us to take sunshine, concentrate it, and make it cost effective," says Gross.

Heliogen is also incorporating a gasification process to convert waste, such as cardboard and plastics from landfills, into hydrogen, potentially helping to solve another global challenge: the waste problem.

"I believe that the only way we're going to make a big impact on climate change is if we can do it cost effectively. If we can make a fuel that's actually cheaper than fossil fuel, then why not, it will save people money, and also have no pollution," says Gross. "The most incredible thing about this is this can be a transition from the fossil fuel business to both make more money, and to make more jobs."

The future looks to be renewable energy.