Dozens of ICE arrests have been reported in Northern California, with many coming out of the Fresno area, according to immigration attorney Hamid Yazdan Panah with the Northern California Rapid Response and Immigrant Defense Network.

SAN FRANCISCO -- ICE confirmed that since Sunday, there have been 150 arrests across Northern California.

Dozens of ICE arrests have been reported in Northern California, with many coming out of the Fresno area, according to immigration attorney Hamid Yazdan Panah with the Northern California Rapid Response and Immigrant Defense Network.

The subject of ICE raids and arrests has been on the mind of many Bay Area politicians, including Oakland Mayor Libby Schaaf, who issued a controversial warning to affected communities despite critics.

ICE arrested more than 200 people earlier this month in the Los Angeles area.

Here is the full statement from ICE officials on the arrests:

This week, U.S. Immigration and Customs Enforcement (ICE) Enforcement and Removal Operations (ERO) deportation officers have been conducting targeted immigration enforcement operations in the San Francisco area of responsibility, consistent with federal law and agency policy, to arrest individuals who have violated U.S. immigration laws.Since Sunday, ICE deportation officers have arrested more than 150 individuals who are in violation of federal U.S. immigration laws, working on leads developed by the local field office in conjunction with the National Criminal Analysis and Targeting center (NCATC). About half of the individuals arrested also have criminal convictions in addition to their immigration violations, including convictions for assault/battery, crimes against children, weapons charges and DUI.This operation is a continuation of ICE's efforts to prioritize enforcement against public safety threats. During a similar operation earlier this month in Los Angeles, 88 percent of those arrested by ICE were convicted criminals. In Fiscal Year 2017, ICE arrested 20,201 aliens throughout California - 81 percent of whom were convicted criminals."Sanctuary jurisdictions like San Francisco and Oakland shield dangerous criminal aliens from federal law enforcement at the expense of public safety. Because these jurisdictions prevent ICE from arresting criminal aliens in the secure confines of a jail, they also force ICE officers to make more arrests out in the community, which poses increased risks for law enforcement and the public. The Oakland mayor's decision to publicize her suspicions about ICE operations further increased that risk for my officers and alerted criminal aliens -- making clear that this reckless decision was based on her political agenda with the very federal laws that ICE is sworn to uphold," said ICE Deputy Director Thomas D. Homan. "Thanks to the dedicated and professional work of ICE deportation officers, we were able to remove many public safety threats from the streets of the Bay Area during the past few days. However, 864 criminal aliens and public safety threats remain at large in the community, and I have to believe that some of them were able to elude us thanks to the mayor's irresponsible decision. Unlike the politicians who attempt to undermine ICE's critical mission, our officers will continue to fulfill their sworn duty to protect public safety."Among those arrested was ICE fugitive Armando Nuñez-Salgado, 38, a citizen of Mexico and documented Sureño gang member, who has been previously removed by ICE on four prior occasions. Over the past 18 years, he has accumulated criminal convictions in California that have resulted in prison sentences totaling more than 15 years. His criminal convictions include assault with a deadly weapon (statutorily enhanced because of his gang member status), burglary, hit-and-run causing injury and evading a peace officer.Other arrests include:In Sacramento, a citizen of Mexico, who has criminal convictions for possession of a dangerous weapon, inflicting corporal injury on a spouse, DUI, convicted felon in possession of a firearm, burglary, threatening with intent to terrorize, battery on a police officer and resisting arrest. The individual is also a documented Sureños gang memberIn Sacramento, a citizen of Guatemala, who has a criminal conviction for false imprisonmentIn Bay Point, a citizen of Mexico, previously removed by ICE eight times and who has a criminal conviction for assault with a deadly weaponIn Stockton, a citizen of Mexico, who has a previous criminal conviction for lewd and lascivious acts with a child under 14 years oldIn San Francisco, a citizen of Mexico, who has previous criminal convictions for battery and DUIWhile the vast majority of cities in America do cooperate with ICE, others like San Francisco and Oakland force ICE to focus additional resources to conduct at-large arrests in the community, putting officers, the general public and aliens at greater risk and increasing the incidents of collateral arrests.Of the targets who remain at large, those believed to be currently living in Oakland include:a Honduran citizen who was previously arrested in San Francisco County multiple times for cocaine possession and transport, probation violations and sex with a minor under 16, and;a citizen of Mexico who was previously arrested and convicted for carrying a loaded firearm, transportation and sale of narcotics and DUI.Both have been previously removed from the U.S. on multiple occasions, and ICE detainers lodged against these individuals have been repeatedly ignored and instead they have been released back into the community to potentially reoffend.ICE does not conduct sweeps or raids that target aliens indiscriminately, and the agency prioritizes public and national security threats, immigration fugitives and illegal reentrants. However, all of those in violation of immigration laws may be subject to immigration arrest, detention and, if found removable by final order, removal from the United States.Some of the individuals arrested will face federal criminal prosecutions for illegal entry and illegal re-entry after deportation. The arrestees who are not being federally prosecuted will be processed administratively for removal from the United States. Those who have outstanding orders of deportation, or who returned to the United States illegally after being deported, are subject to immediate removal from the country. The remaining individuals are in ICE custody awaiting a hearing before an immigration judge, or pending travel arrangements for removal in the near future.ERO's San Francisco field office extends from the Bakersfield area north to the Oregon border and includes 49 counties.ICE will provide more information regarding this operation as it is available.

Click here for the latest stories about ICE and immigration. 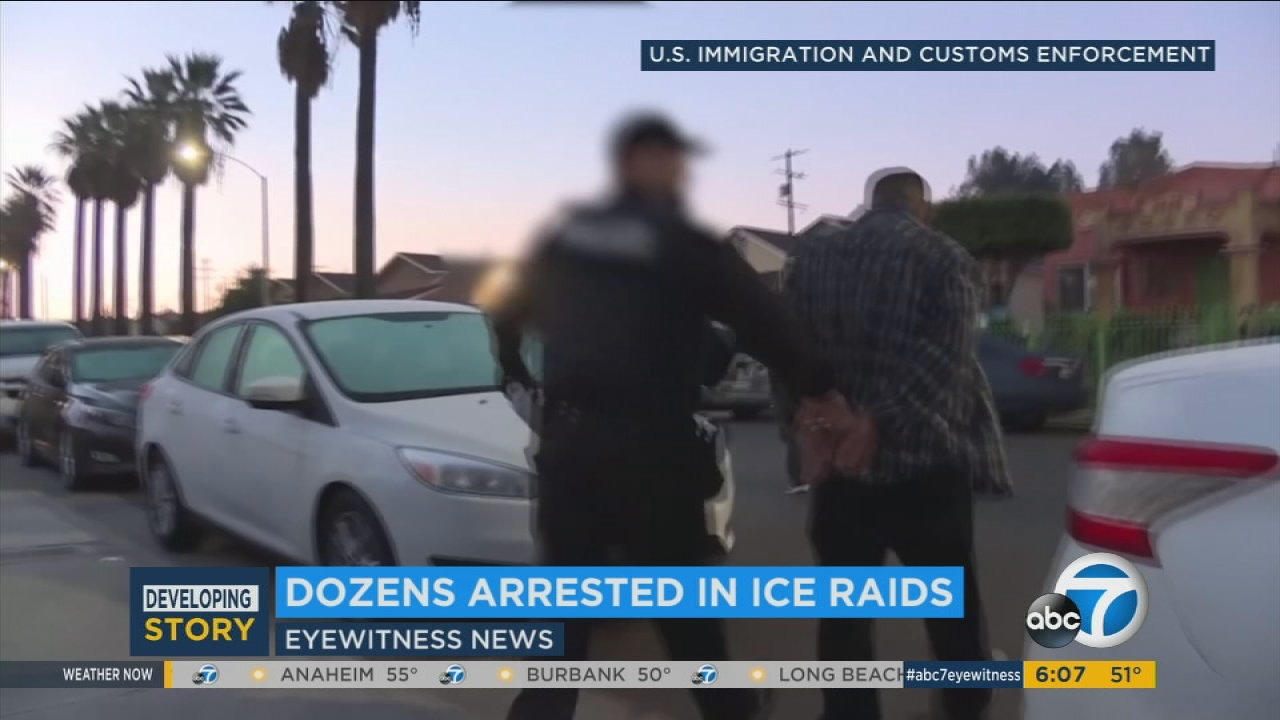 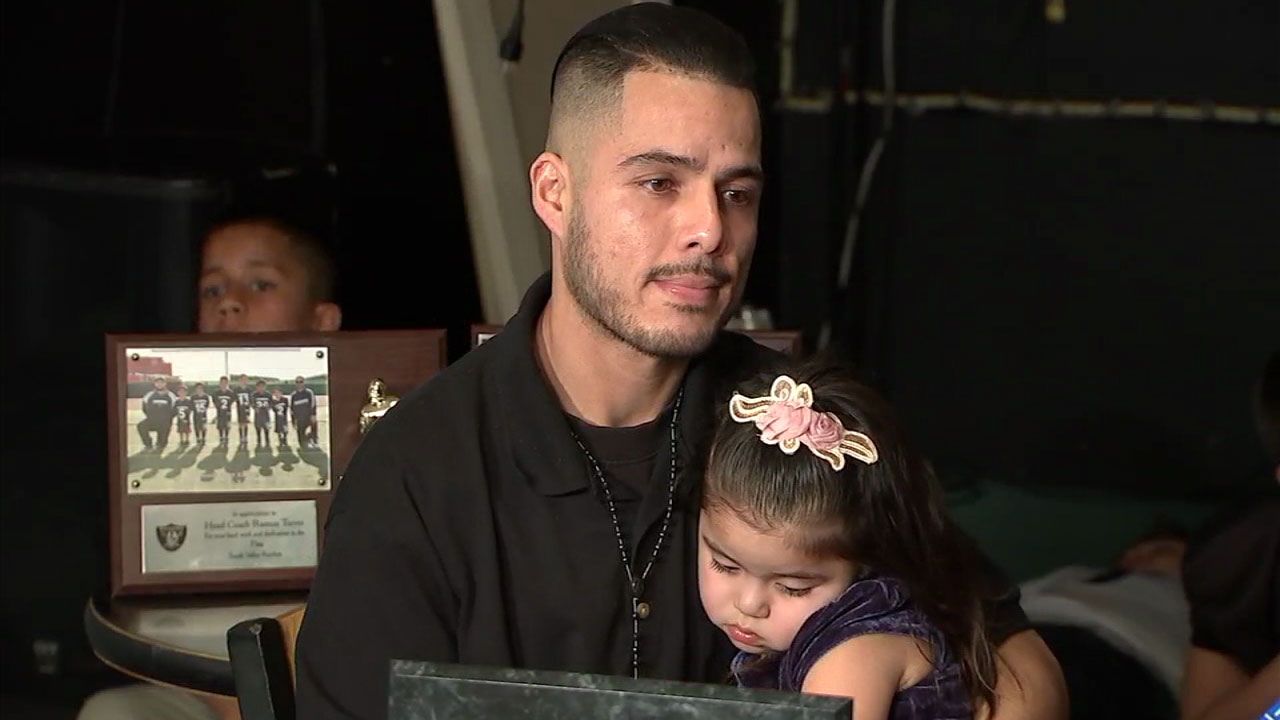 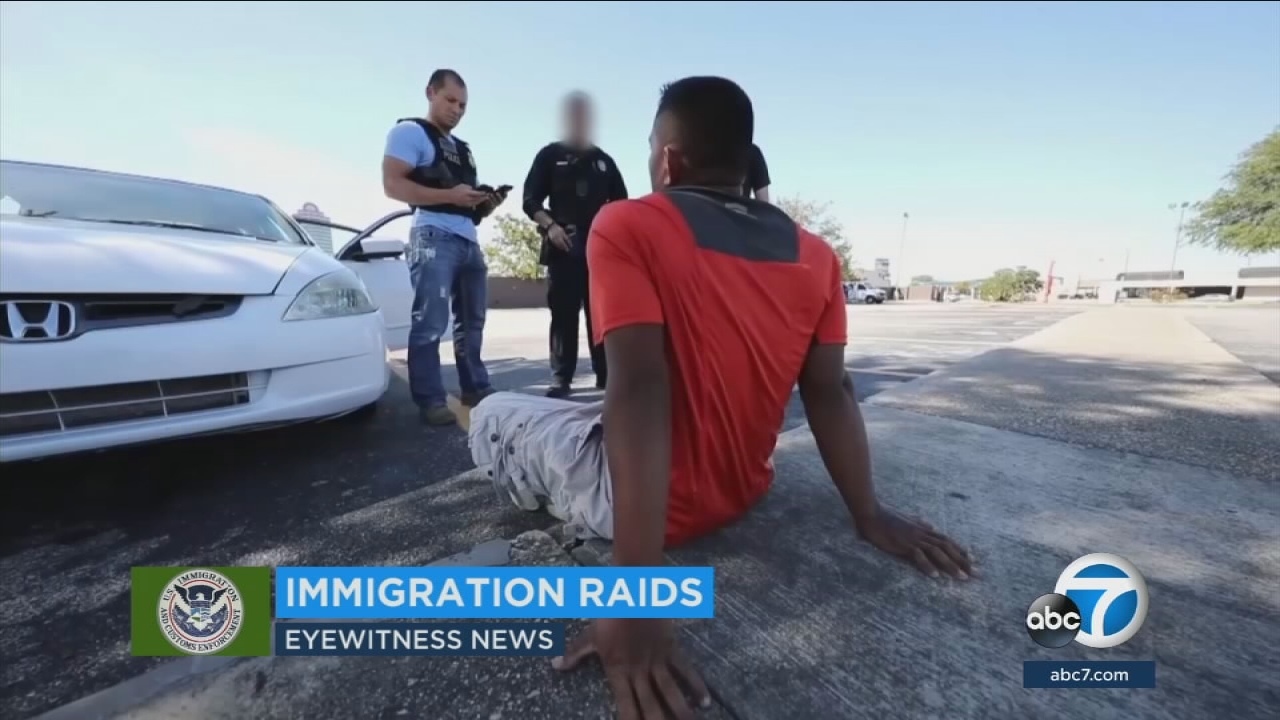