How does low-calorie ice cream stack up against traditional ice cream? Consumer Reports puts them to taste test 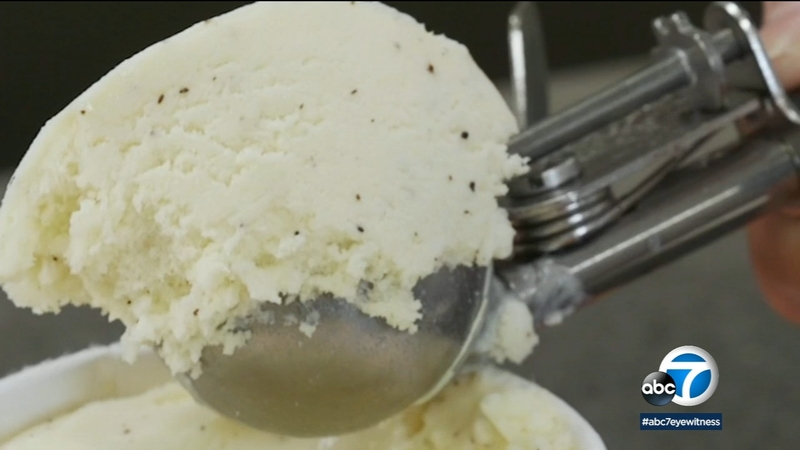 Can ice cream ever be healthy?

The makers of light and low-calorie frozen desserts want you to think it's possible, promising great taste, with fewer calories, fat and sugar.

But can a frozen treat claiming to be sweet and satisfying, without the fat and sugar of real ice cream hit the spot instead?

To find out how they stack up against traditional ice cream, the experts at Consumer Reports dug into pint after pint to find out.

Amy Keating is a CR nutritionist. She said, "To achieve the taste and texture of regular ice cream, these lighter ice creams have a lot of additives. Gums, sugar substitutes, protein concentrates, and even added fiber."

But, Halo Top's Vanilla Maple Dairy Free Frozen Dessert landed near the bottom of the ratings, due to a bitter aftertaste and chalky mouth feel.

Halo Top, like several other brands, lists calories per pint on the front label.

"Just because you can eat the whole pint doesn't mean you should. It distorts your idea of what a reasonable portion is," Keating said.

It contains live and active cultures and is one of two frozen yogurts that scored near the top of the ratings.

It got "very good" marks for taste and nutrition. Testers note its distinct vanilla flavor and creamy texture.

If you're vegan or have trouble digesting dairy, you can try vegan frozen desserts that use coconut milk rather than dairy.