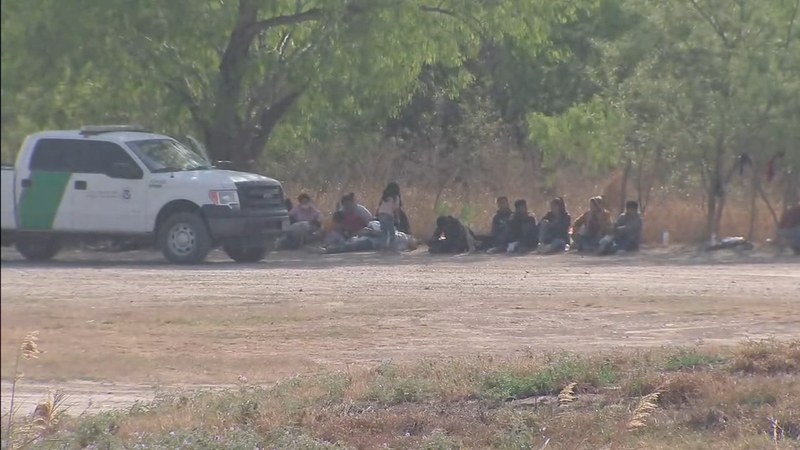 In response to the immigration crisis surging at the southern border, U.S. Sens. Ted Cruz and John Cornyn are leading a Senate delegation on a tour of the Texas-Mexico border.

U.S. Sens. Ted Cruz, Lindsay Graham and other GOP lawmakers embarked on a boat tour of the Rio Grande amid a surge of migrants crossing over into the country.

Cruz posted a video from the Rio Grande overnight that appears to show human smugglers on the Mexican side of the river.

"That's Mexico right over there, and you can see there are three smugglers right there," Cruz is heard saying in the video.

"This is a humanitarian crisis," Cruz said. He's calling on Pres. Biden's administration to strengthen the border and reverse policies that Cruz says is fueling a surge.

He also said those smugglers were taunting the senators on the U.S. side.

Cruz called on Pres. Joe Biden's administration to strengthen the border and reverse policies that Cruz says is fueling a surge at the border.

In the video, Sen. Ted Cruz, R-Texas, slams the current White House for its handling of immigration facilities.

Meanwhile, Biden says he will not allow unaccompanied children to stay on the Mexican side where they are hungry and exposed to the elements.

When asked if those children will be allowed to stay in the U.S., Biden said that will be determined on a case-by-case basis.

The delegation also visited overrun holding facilities where the senators claim to have seen mothers and children cramped into small outdoor areas with dirt floors.

"This is a humanitarian crisis, this is a public health crisis," Cruz said. "The illegal immigrants who are being released, they are testing positive for COVID-19 at a seven times higher rate than the American population, and it is a national security crisis."

When a reporter asked Biden if what's happening inside the facilities is acceptable to him, he said, "That's a serious question, right? That's why we're going to be moving 1,000 of those kids out quickly."