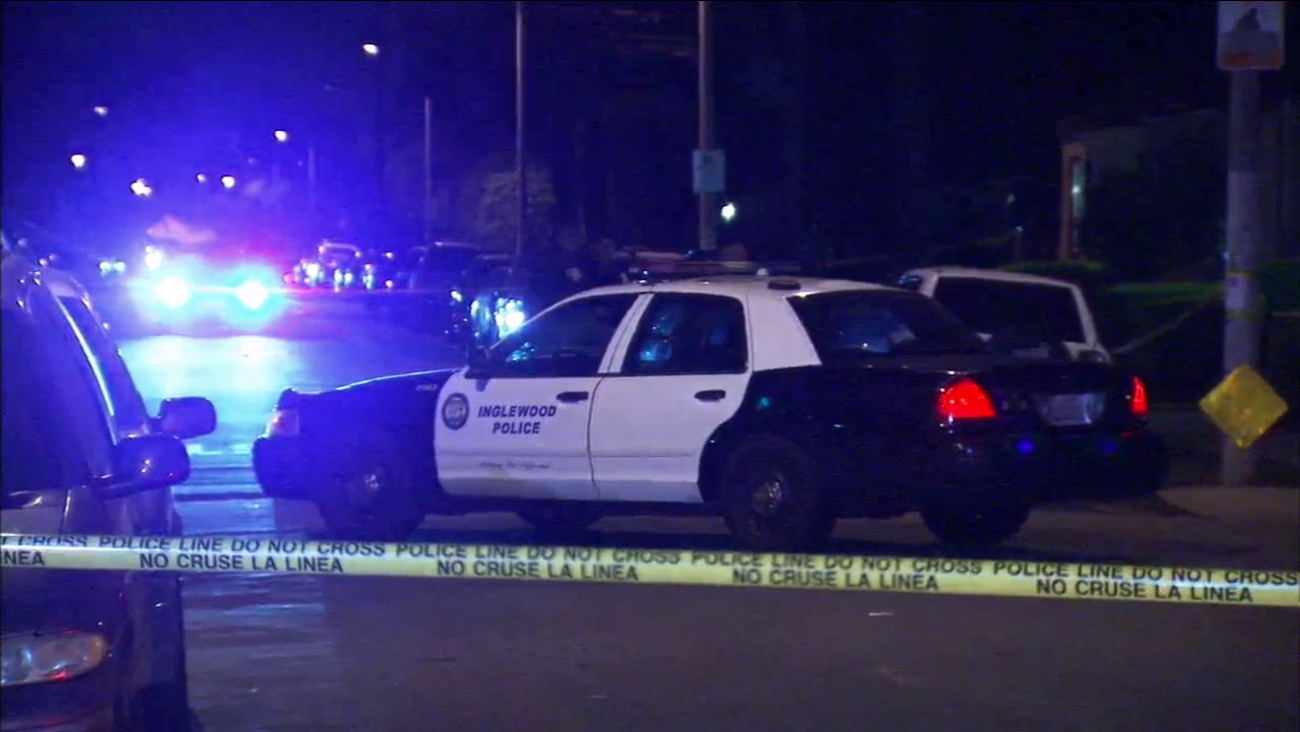 Detectives investigate a homicide at an apartment complex in Inglewood on Wednesday, Nov. 11, 2015.

INGLEWOOD, Calif. (KABC) -- A woman is dead and a man is in custody after a shooting at an Inglewood apartment complex Wednesday evening.

Inglewood Police said the shooting happened in the 400 block of Olive Street at about 7:45 p.m.

Detectives said the case is being investigated as a homicide and that it appears to be a domestic incident.

Police could not confirm the man and woman's connection, but said they did not each other.

A child was taken to the hospital, but police said the child was not injured in the shooting.