Damage left behind in Inland Empire after raging SoCal storm

BySid Garcia and Rob McMillan via

Amid hot temperatures, the Inland Empire was struck with strong winds and heavy rainfall in a wild Southern California storm on Tuesday.

REDLANDS, Calif. (KABC) -- Amid hot temperatures, the Inland Empire was struck with strong winds and heavy rainfall in a wild Southern California storm on Tuesday. 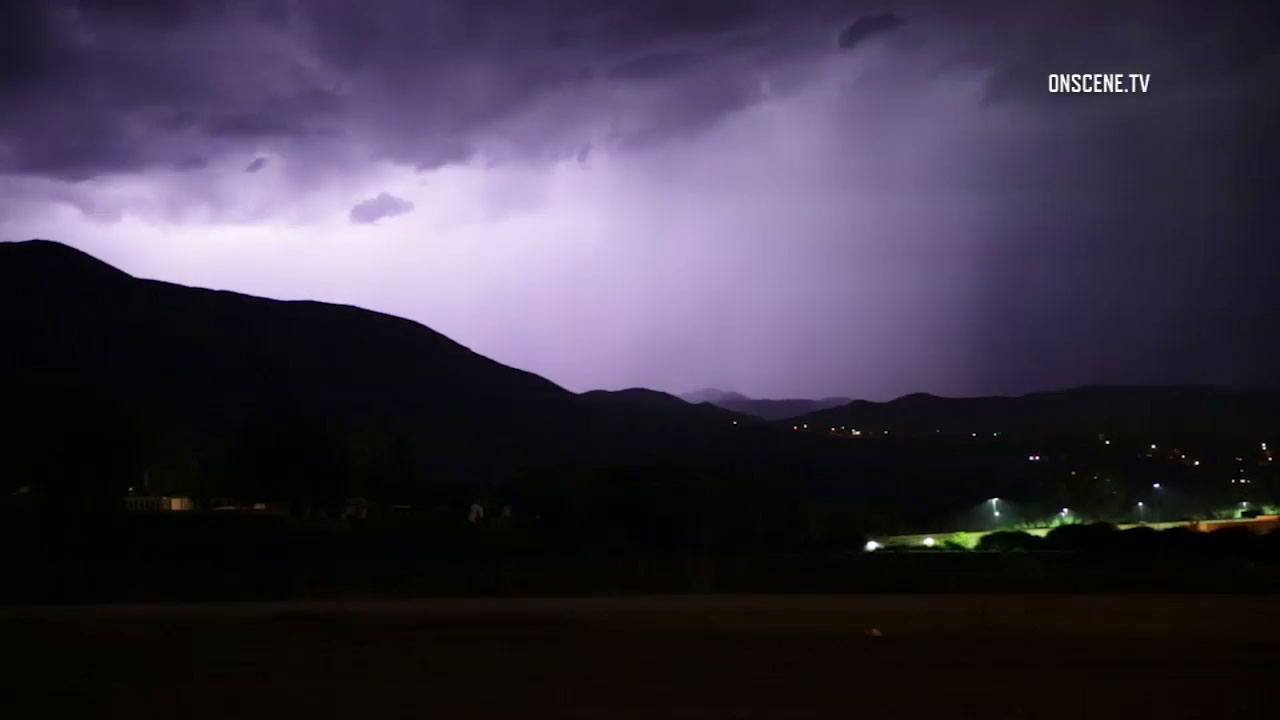 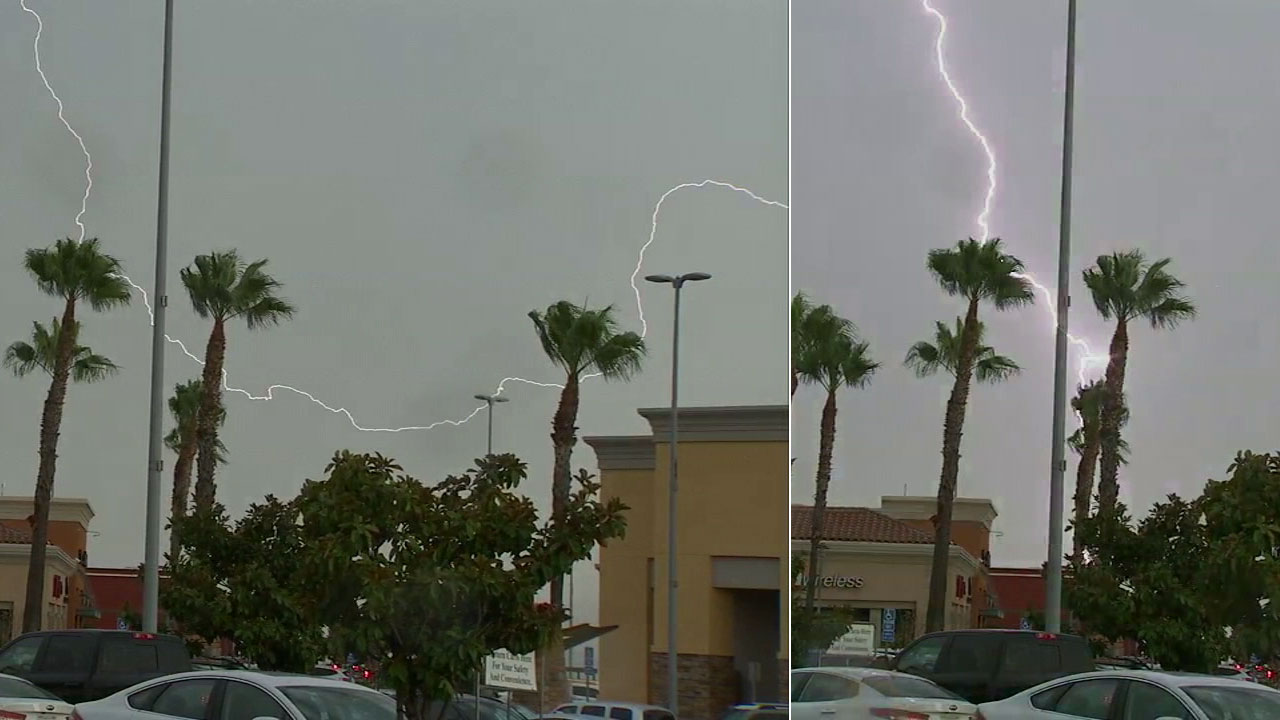 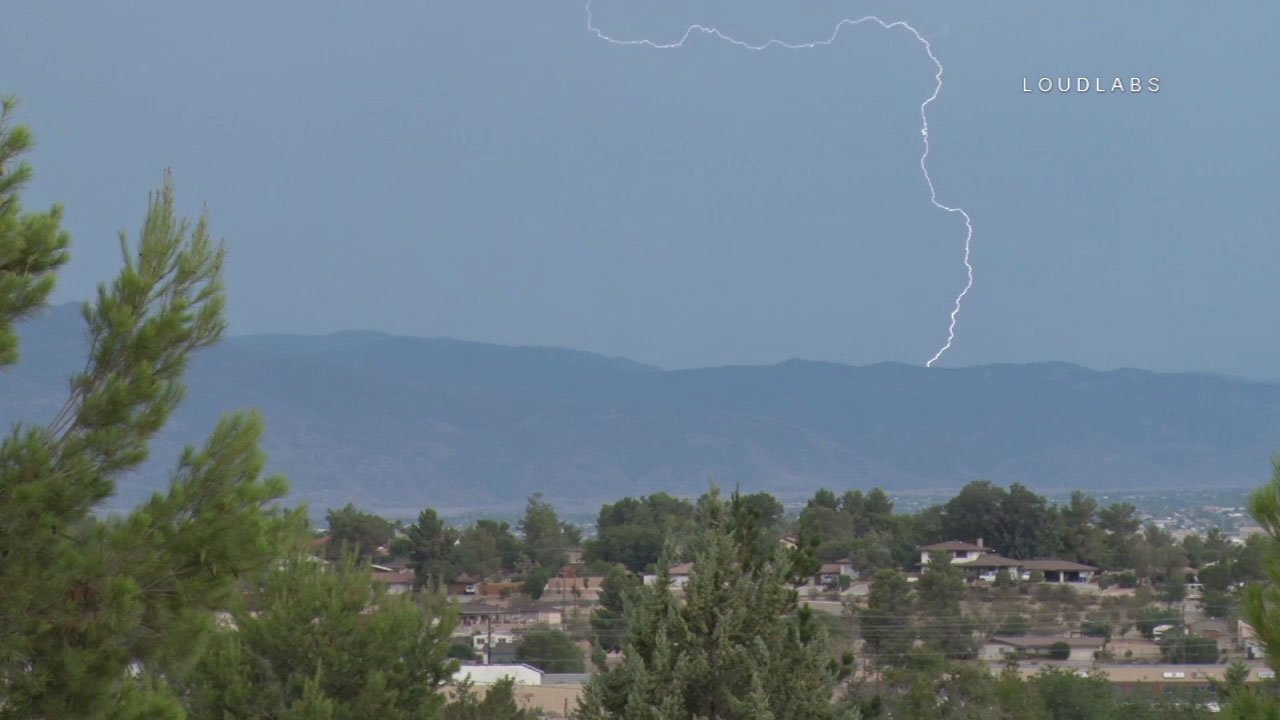 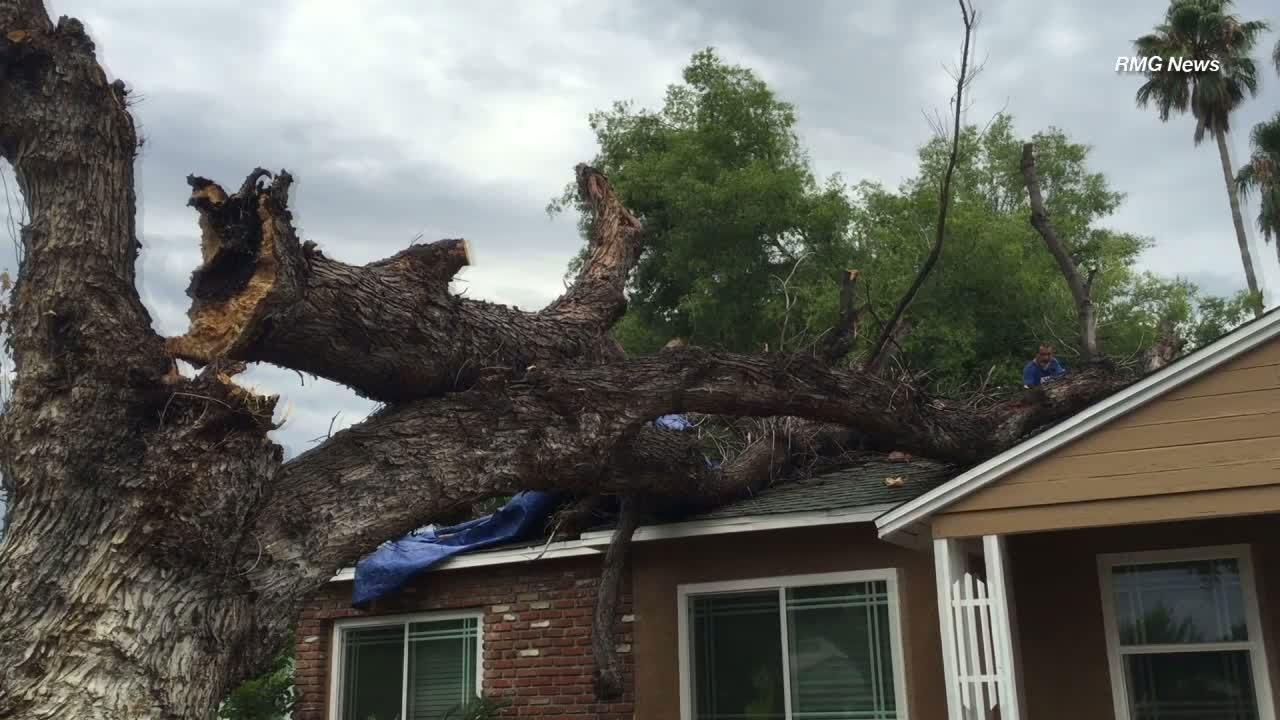 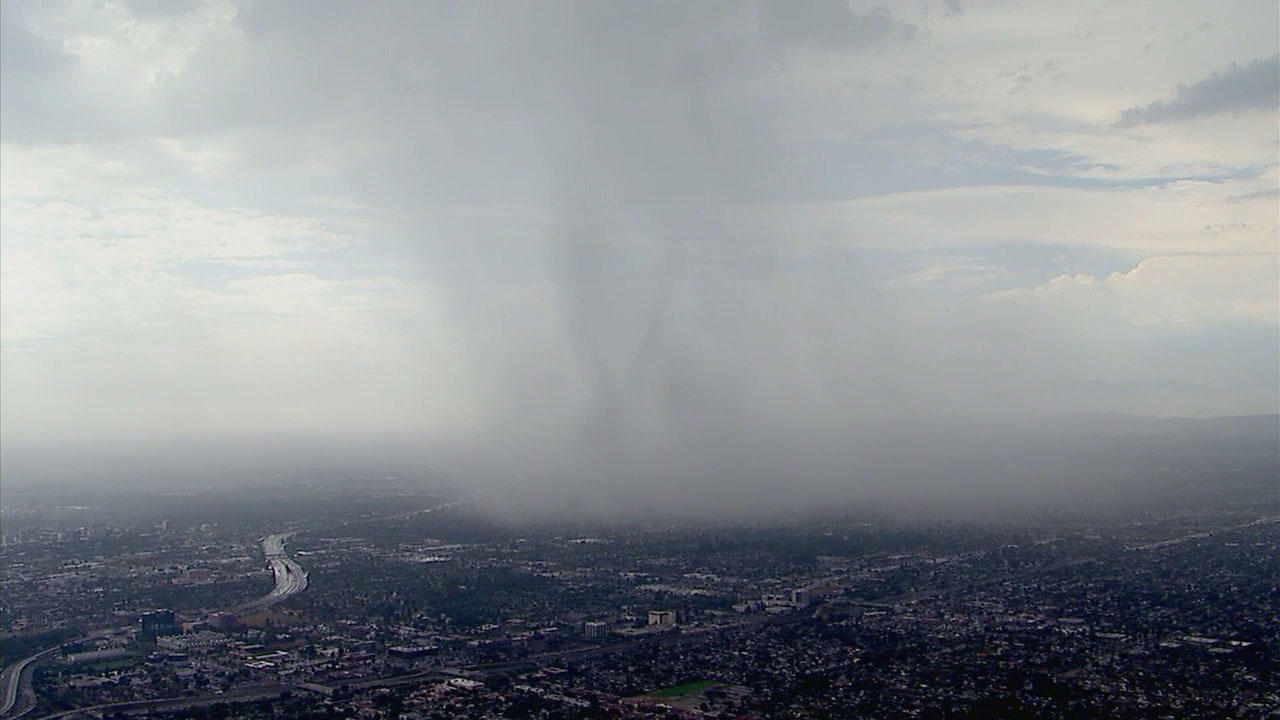 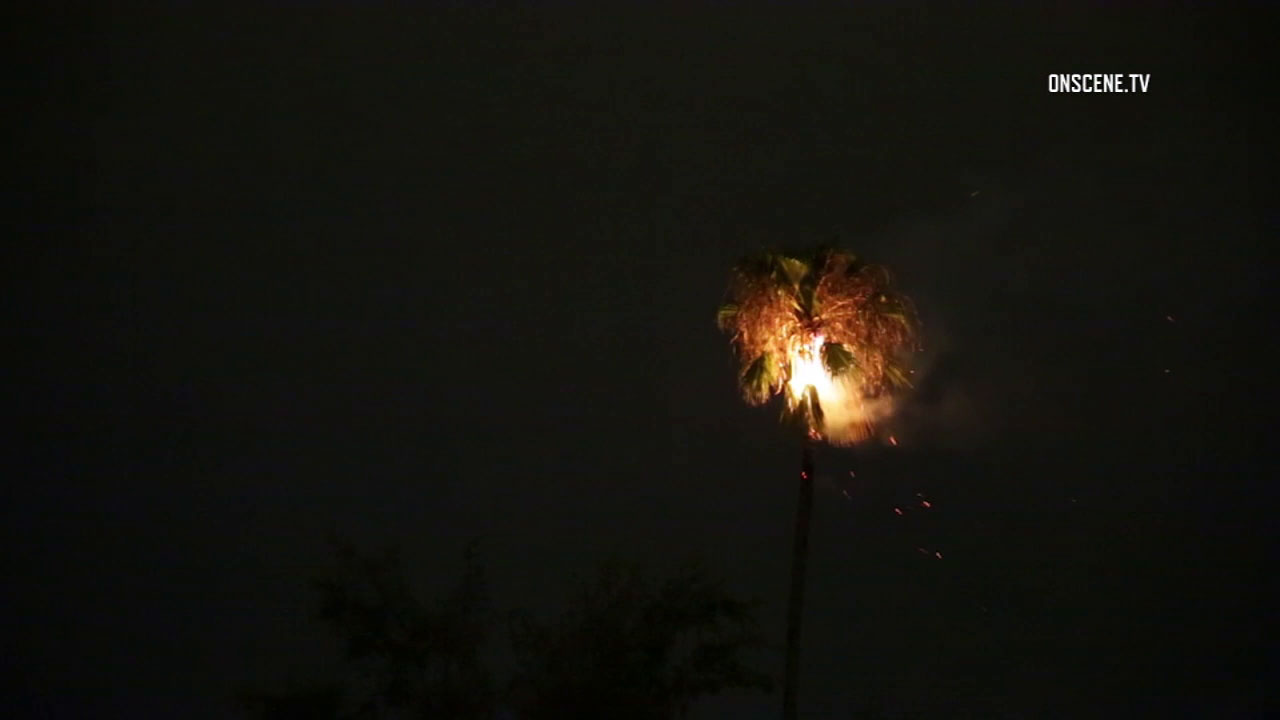 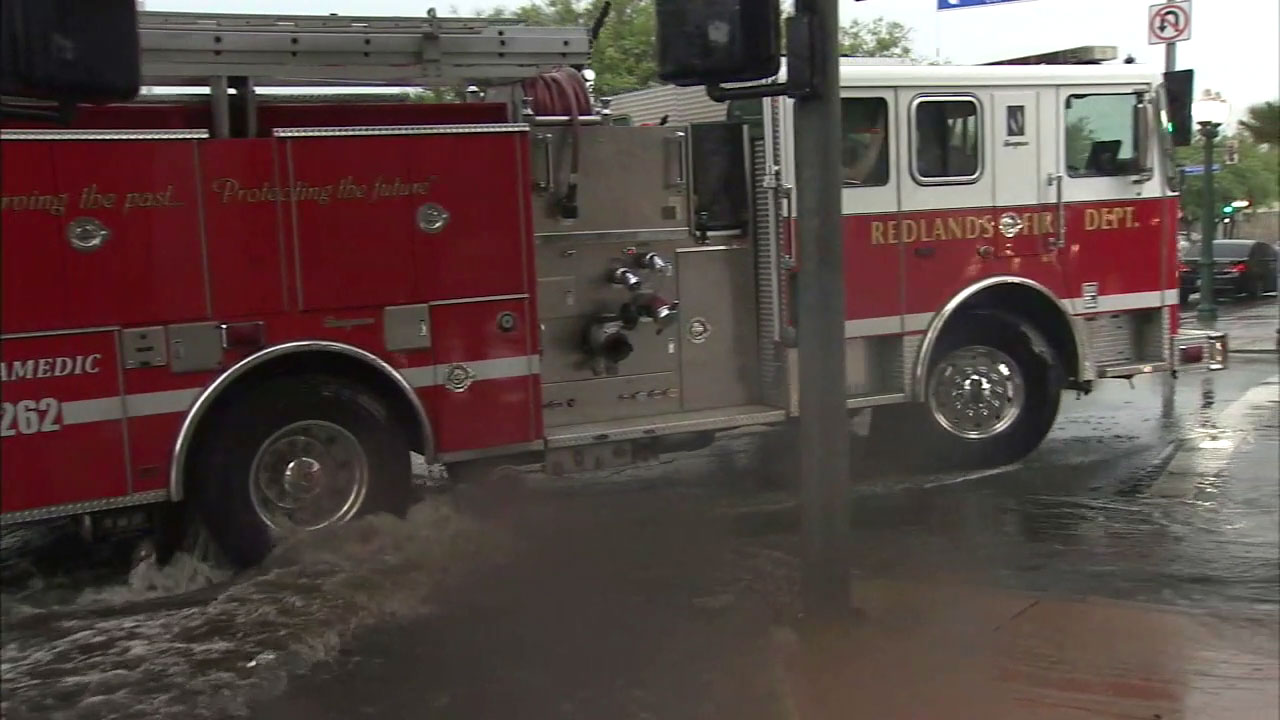 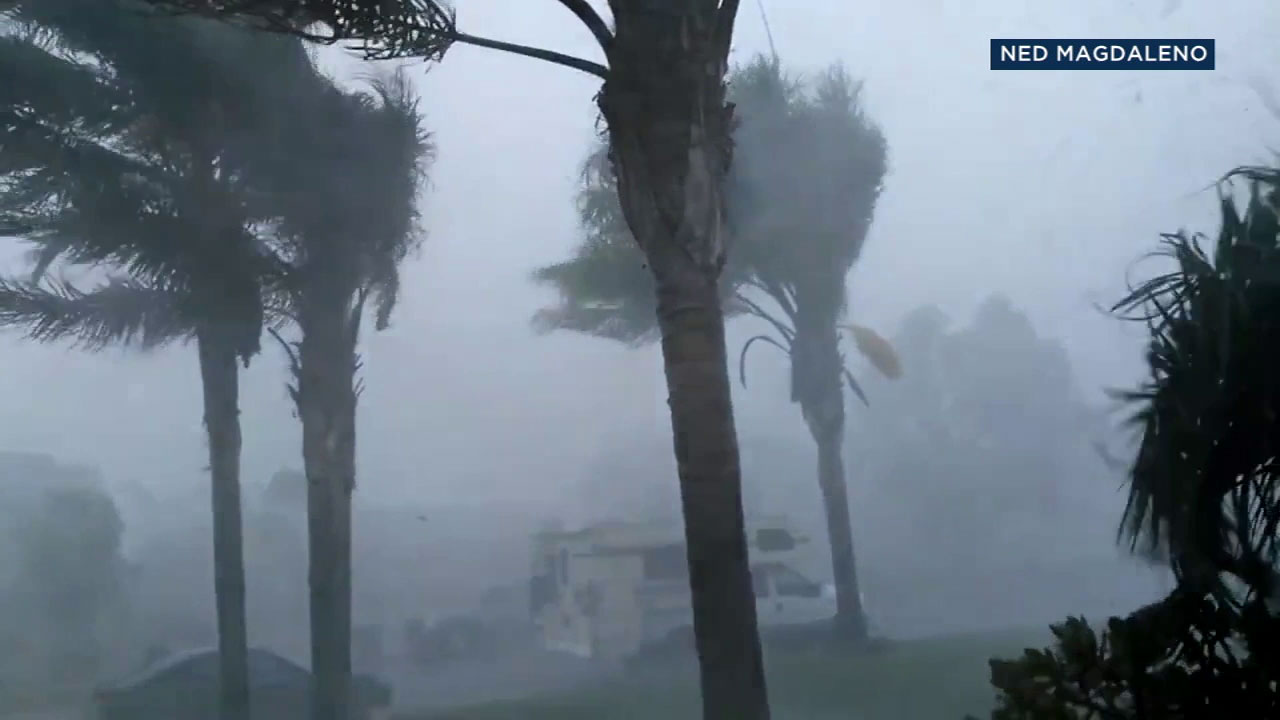 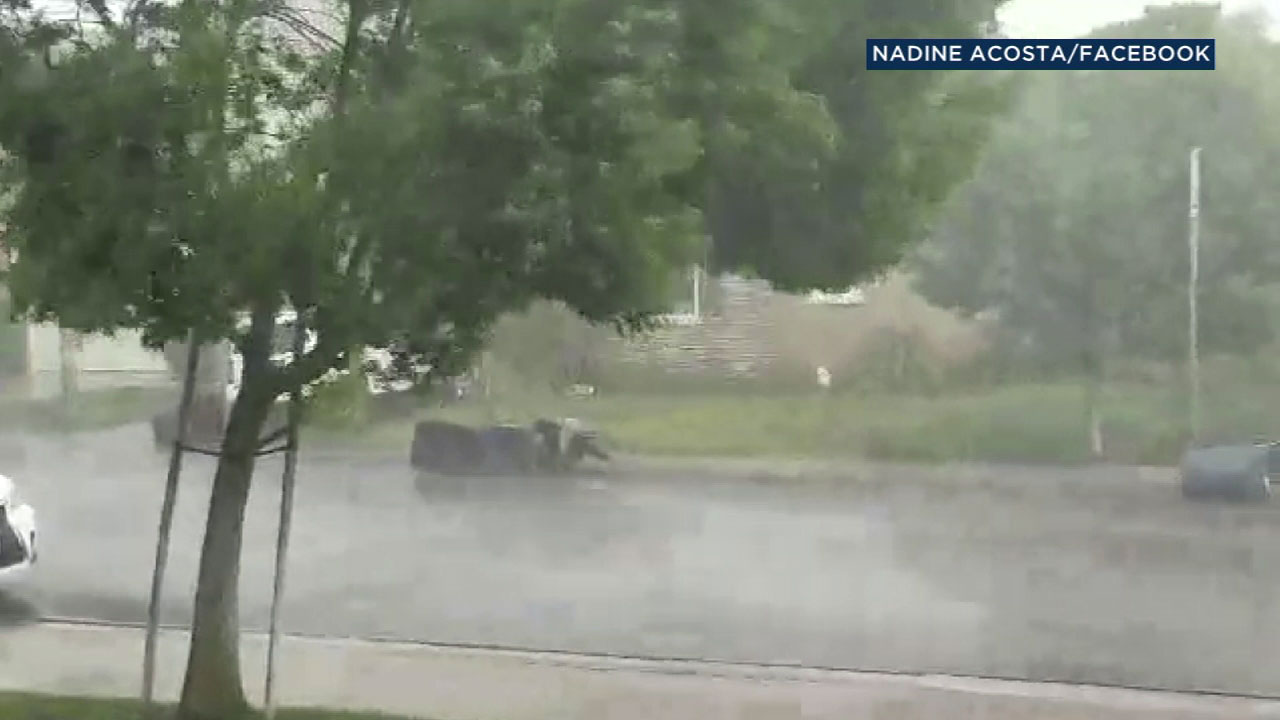 Thunderstorms also triggered mud and rock slides in several areas of Riverside County. Heavy runoff forced the intersection of Grand Avenue and Plumas Street in Lake Elsinore to be shut down. Another slide was reported at Sharp Road and Spring Street in Perris, and in the area of Rainbow Canyon Road and the 15 South in Temecula.

Other cities that were impacted by the damaging rain include San Jacinto, Moreno Valley, Riverside, March Airforce Base, Woodcrest, Lake Mathews, Sun City and Temescal, the NWS said.

Further west in San Bernardino County, humidity was felt across several cities after rainfall and lightning hit some areas.

A tree uprooted and came crashing down right onto a San Bernardino home. A man and his two small children were in a bedroom when the tree tore through the roof, but they were not injured.

Streets in Redlands were also flooded from heavy rain. Intersections and sidewalks were under water as lightning and thunder struck the area.

In Upland, the high temperature was 99 degrees by 2:30 p.m., with threatening skies above the mountains and heavy moisture in the air.

In Orange County, lightning strikes and thunderstorms led to a temporary closure and evacuation of Huntington Beach's city beach, including the U.S. Open of Surf event, fire officials said.

The beach was back open shortly before 6 p.m., and police said the surfing event would continue on Wednesday.