When she got locked out of her account, the scammers posted videos showing her encouraging others to invest.
KABC
By Jessica De Nova 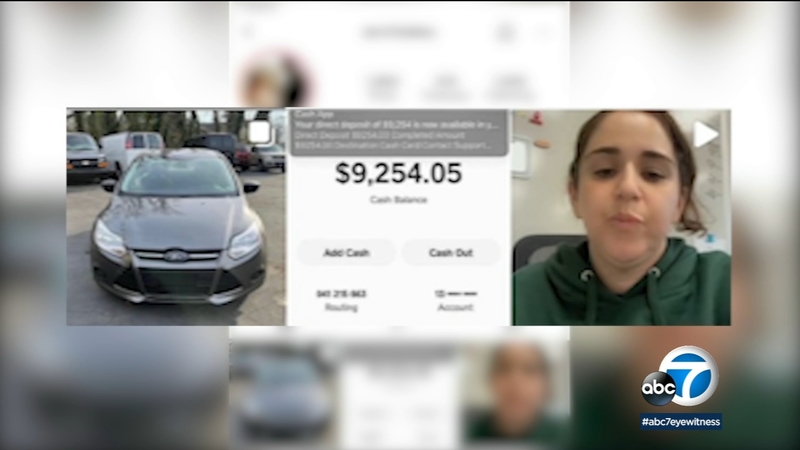 LONG BEACH, Calif. (KABC) -- A $600 investment in Bitcoin was a gamble worth taking for a teacher in Long Beach in hopes of making thousands, but she ended up risking more.

"I knew it was very possible I would've lost my money. I did not know I was going to lose my Instagram," said Stephanie Anderson. "That was the last thing I would've thought."

A decade worth of Instagram posts and memories of her child's life are now gone.

"It was very devastating," she said.

Anderson decided to cough up the money last Friday after she saw a friend do the same on Instagram - the friend ended up reaching out to Anderson in a direct message.

"She's telling me all the steps and the details and I'm thinking it's her, but it wasn't her," recalled Anderson. "It was the scammers."

Criminals are targeting other bank customers, in addition to Bank to America, tricking them into sending them money through Zelle.

Those scammers were pretending to be Anderson's friend and told her to connect with an investor who had her record a scripted video.

"OMG you guys! I cannot believe I just made an investment of $1,300," Anderson said in the video.

The last step was to click on a link that was sent to her to cash out her profits.

"Next thing I know, my Instagram is being hacked," Anderson said.

The director of the USC Center for Computer Systems Security, Dr. Clifford Neuman, explained this is a classic case of a Ponzi scheme. Each case is different, but usually, hackers use phishing to get your password.

You're safer if you don't click on links sent to you in messages or pop-ups, even if you know the sender behind them.

"You're better off visiting sites directly from the bookmarks that you have set or by typing in the website name," Neuman said.

With Anderson locked out of her account, the scammers posted the video showing her, encouraging others to invest.

Fake pictures and videos followed with lies of her return profits and purchasing a new car.

Anderson said she and her friends have submitted reports to Instagram about the fraud, but weren't getting help retrieving the account or shutting it down.

"I'm very concerned and worried that they're going to scam other people that I know and that I care about," Anderson said, "They got one of my old friends already."

On Tuesday, Anderson told Eyewitness News she was able to retrieve her account with the help of a friend who works for Facebook, which owns Instagram.

Eyewitness News reached out to Instagram on Monday, but as of Tuesday evening, has not received a response.