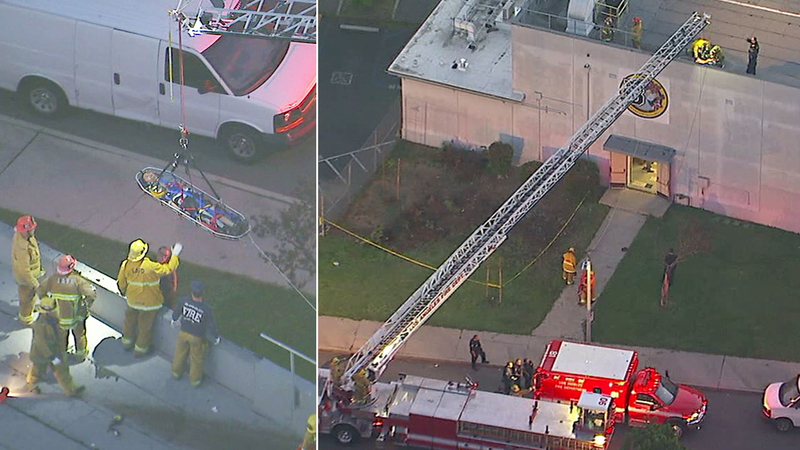 PANORAMA CITY, Calif. (KABC) -- An intruder is under arrest after being rescued from a crawl space in the ceiling of a Panorama City elementary school on Tuesday.

AIR7 HD was the first over the scene at Burton Street Elementary School in the 8100 block of Calhoun Avenue at about 6:45 a.m., when Los Angeles firefighters put the suspect in a basket and hoisted him down to the ground.

It all started when an alarm was activated and police responded to the crawl space of the school auditorium, where the suspect was found.

There were early reports that the man was unconscious, but L.A. Unified School District police said the suspect was talking to authorities from the LAPD and LAFD during the rescue.

An investigation is underway to determine if the suspect is responsible for other recent break-ins at the campus.

Last Friday, a senior lead officer tweeted out that there have been at least three burglaries at the school in the last month. In one incident, laptop computers were taken.

For now, the intruder, whose name was not released, is under arrest for the break-in. He was also taken to a nearby hospital to be checked out.