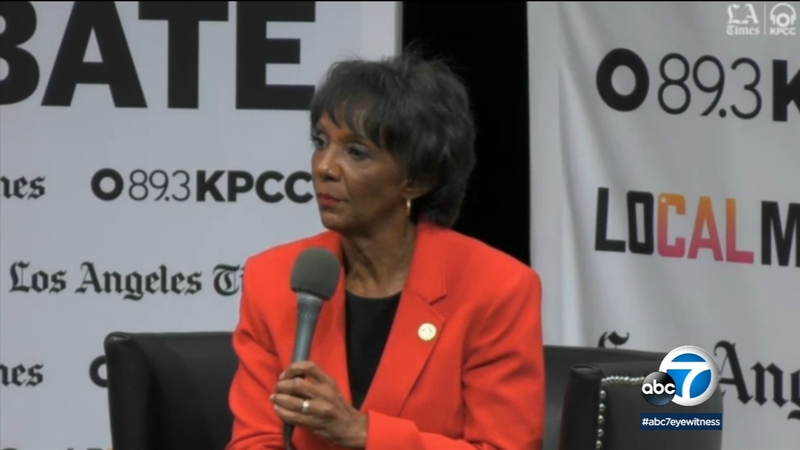 And there's heavy criticism. She's faced heat for the racial disparity in county jails, high incarceration rates and her position on the death penalty despite Gov. Gavin Newsom's moratorium on the punishment.

"My position is is that as long as it's a state law, and we can do it in a just manner that eliminates racism and a lot of other things that have gone into these decisions in the past, then we're going to implement it in a fair manner," Lacey said.

Lacey is facing a challenge from George Gascon, the former district attorney of San Francisco who also served as a Los Angeles Police Department assistant chief.

"These are murders where there's torture involved, like the case that's probably a little more familiar to people - Gabriel Fernandez kept in a box, beaten from head to toe," she said.

Members disrupted a recent debate. The group - including relatives of those killed by police - has protested outside Lacey's office weekly for more than two years.

"I have tremendous sympathy for the moms or the family members of those who've died at the hands of law enforcement," she said. "Oftentimes when I review these very tough cases. I know after looking at the evidence that there is no way our office is going to prove the reasonable doubt that the officer committed a crime. And that's the call that I make but it's not because we don't hold law enforcement officers accountable."

"In my opinion, what would really help this situation is that we mandated training for de-escalation for law enforcement officers because about 25 to 30% of these cases involve someone in a mental health crisis," said Lacey. She's placing mental health at the top of her campaign agenda.

"We've taken about 3,000 people who were formerly homeless, and through the Office of Diversion and Re-entry we have gotten them to go out of the system and into permanent supportive housing," she said.