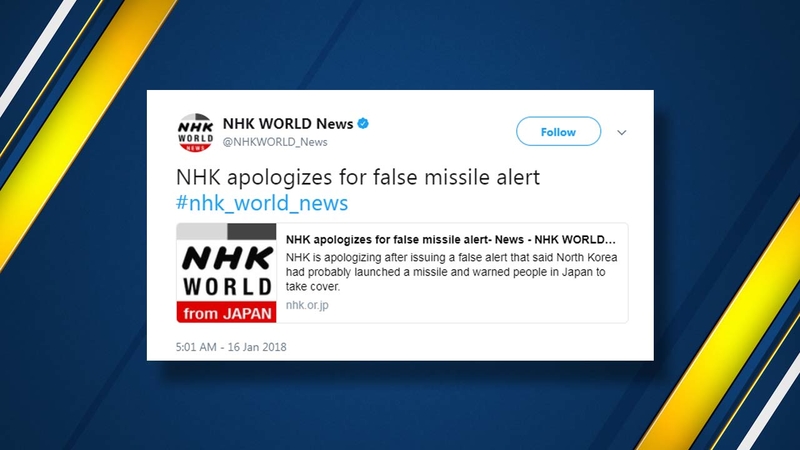 NHK television issued the message Tuesday on its internet and mobile news sites as well as on Twitter, saying North Korea appeared to have fired a missile at Japan. It said the government was telling people to take shelter.

NHK deleted its tweet, issued a correction and apologized several times on air. It said a mistake in using the alert system caused the error.