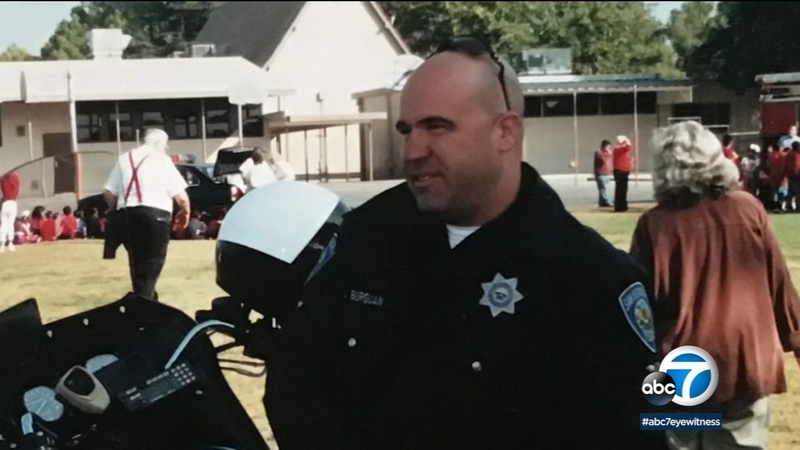 SAN BERNARDINO, Calif. (KABC) -- The man who led the San Bernardino Police Department through municipal bankruptcy and the aftermath of a horrific mass shooting and terrorist attack has retired.

"I'll miss the policing part," said Burguan. "I certainly won't miss politics, or administrative work. None of us signed up to be administrators."

In an interview with Eyewitness News, Burguan didn't go into specifics about his departure, but admits it wasn't entirely his choice. He'd been on leave since the beginning of the year after knee-replacement surgery, and says regardless of how it all happened, the time is right.

"You don't realize the pressure you're under and the level of stress. And how tough the job can be when you're in it every day."

Burguan served in law enforcement for 28 years, becoming Chief of Police in San Bernardino in 2013. He was immediately tasked with running the department as the city of San Bernardino proceeded through municipal bankruptcy.

"We downsized from 350 cops down to as low as 200 at our lowest point," said Burguan, who described the impact of bankruptcy on the organization as devastating.

"(I was) trying to figure out how to deliver even basic services."

He was thrown into the national spotlight on December 2, 2015, after he was widely praised for the city's response to the terrorist attack on the Inland Regional Center. Fourteen people were killed, and 22 others wounded. But the police department, along with several surrounding agencies, tracked down the perpetrators within hours.

He was known later in some circles as "America's chief."

"That was a little embarrassing," chuckled Burguan. "And don't think I didn't get razzing from some of the other chiefs."

"I remind people all the time that there were about 300 cops who responded that day."

Burguan said the department is in a good place going forward. He said while some might perceive policing a city like San Bernardino as difficult, the task makes the police officers who work in the department even better.