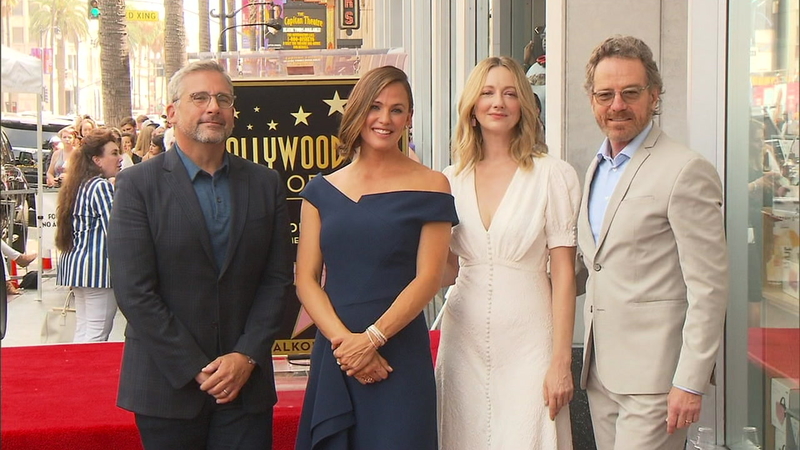 LOS ANGELES (KABC) -- Jennifer Garner was honored with her own star on the Hollywood Walk of Fame Monday, a moment that was years in the making.

"I have some fancy new neighbors," Garner said at her ceremony. "Max Factor, nice to meet you. Zoe Saldana, I'm a big fan. Tom Cruise, I also do my own stunts, my star wants your star to know."

The unveiling of Jennifer Garner's star on the Hollywood Walk of Fame comes with more than two decades worth of work in television and movies.

She solidified her television stardom as international spy Sydney Bristow on "Alias."

Next month, she's back in her "Alias" fighting form as a woman out for justice no matter what it takes in the new movie, "Peppermint."

In October, Garner will also come out in the HBO series, "Camping," but on Monday, she spoke on what getting a star means to her.

"The idea of being remembered, I guess, is what this star is all about, although it's only a reflection of the thing that matters, which is our work," Garner said.

Some of Garner's famous friends showed up to celebrate with her, including Bryan Cranston, Steve Carell and Judy Greer.