Students from across the country will battle for 9 days of intense competition and the Jeopardy! National College Champion title
OTRC
By George Pennacchio 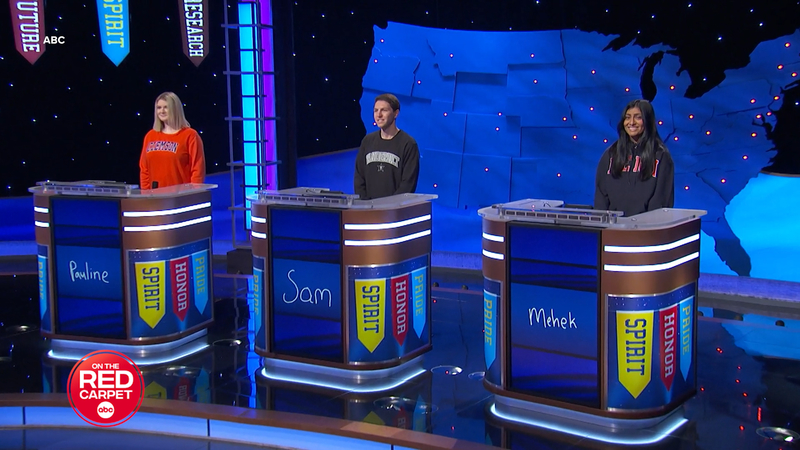 LOS ANGELES, Calif. -- Jeopardy! National College Championship is a multiconsecutive-night event that features 36 students from 36 colleges and universities from across the country, battling head-to-head for nine days of intense competition. This year's contest will be returning Jeopardy! host Mayim Bialik.

"I love my Jeopardy! work all the time, but these days with these college students, this is our Jeopardy! version of March Madness," said Bialik. "With these 36 students, I was just a fun energy."

"Then number one prize is $250,000, second is $100,000 and third is $50,000. Those are incredibly significant amounts of money, but honestly these are the kind of young people who are literally competing for the glory of winning academically and intellectually. And that's also really fun."