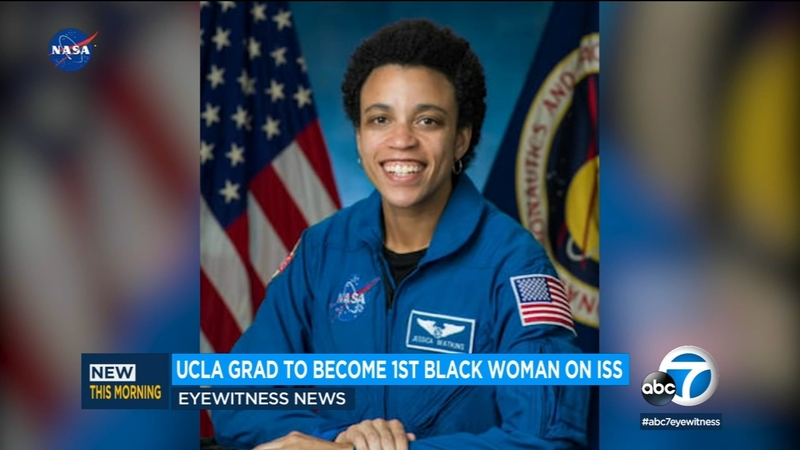 LOS ANGELES (CNS) -- Rookie NASA astronaut Jessica Watkins, who holds a doctorate from UCLA and previously worked at Jet Propulsion Laboratory in Pasadena, made aerospace history Wednesday when she launched on a mission that made her the first Black woman to serve as a crew member on the International Space Station.

Hawthorne-based SpaceX launched the mission from Cape Canaveral in Florida at 12:52 a.m. Wednesday Pacific Daylight Time. Watkins and the other three members of "Crew-4" -- the fourth operational crew launched by SpaceX to the station under a contract with NASA -- were flying aboard a new Crew Dragon spacecraft dubbed Freedom.

While the Dragon spacecraft is new, the first stage of the Falcon 9 rocket that propelled the crew on its way has been used in three previous missions. SpaceX recovered the rocket again by landing it on a barge named "A Shortfall of Gravitas" floating in the Atlantic Ocean.

SpaceX has made a habit of recovering and reusing the rocket boosters as a way to dramatically reduce the cost of future missions.

A geologist by trade, Watkins is a mission specialist as a member of Crew-4, according to NASA. Flying with Watkins on the mission are NASA astronauts Kjell Lindgren and Robert Hines and European Space Agency astronaut Samantha Cristoforetti.

The crew will spend six months on the space station, making Watkins the first Black woman to serve extended duty in outer space. Other Black women have flown in space, but have never served as a long-term member of the space station crew.

According to NASA, Watkins was born in Maryland but grew up in Lafayette, Colorado. She has a bachelor's degree in geological and environmental sciences from Stanford University and a doctorate in geology from UCLA, where her graduate research focused on "the emplacement mechanisms of large landslides on Mars and Earth."

She interned at NASA and then worked at the space agency's Ames Research Center and at JPL. She was also a postdoctoral fellow in the Division of Geological and Planetary Sciences at Caltech, working on the Mars rover Curiosity. She was also a volunteer assistant coach for the Caltech women's basketball team.