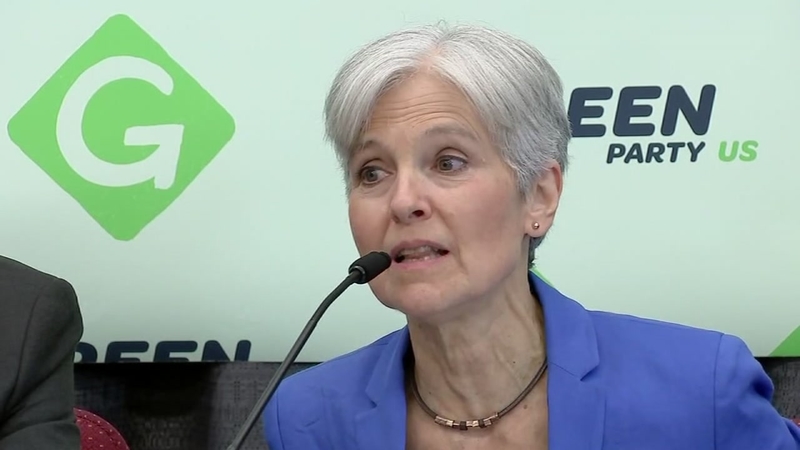 HOUSTON -- The Green Party of the United States gathered at the University of Houston to officially nominate its presidential ticket on Saturday.

For the second consecutive election, Dr. Jill Stein will be the party's presidential nominee.

A Harvard grad and physician, Stein says she is running as a progressive alternative to Hillary Clinton. She ran for Governor of Massachusetts twice and has been a proponent of renewable energy and cutting military spending in favor of a program to cancel student debt.


As Stein spoke, convention attendees took particular aim at Clinton's candidacy, chanting "Jill not Hill" and "She's with us" (a riff on Clinton's "I'm with her" slogan) at various points throughout the program.

Convention attendees chant "We are the 99%" as Stein and Baraka leave the stage. #GNCinHOU pic.twitter.com/qYD4W97A1B

"I think in many ways we see the house of cards is falling down for the Democrats. Republicans are endorsing Hillary Clinton, the mainstays of the Republican party are coming over into the Democrats," Stein said. "The progressives are leaving the Democrats. This is many ways is a realignment election."

Stein's running mate is Ajamu Baraka, a lifelong civil rights activist who has worked with the UN and Amnesty International. She says they are laying the groundwork for a larger movement that could change the two party system, adding, "Americans are hungry for more voices and more choices."

"This really is that moment...that so many of us have dedicated our lives to creating." @DrJillStein #GNCinHOU pic.twitter.com/mXaOpCKeX1

Wikileaks founder Julian Assange also addressed the convention via CCTV, speaking to the need for greater transparency in the election process after his organization leaked documents that suggest the Democratic National Committee was favoring Clinton's campaign despite pleading neutrality.


One of the largest third parties in the political system, the Green Party supports progressive values relating to social equality and ecojustice.

This year, the party is welcoming a number of former Bernie Sanders supports who feel disenfranchised by the Democratic Party.