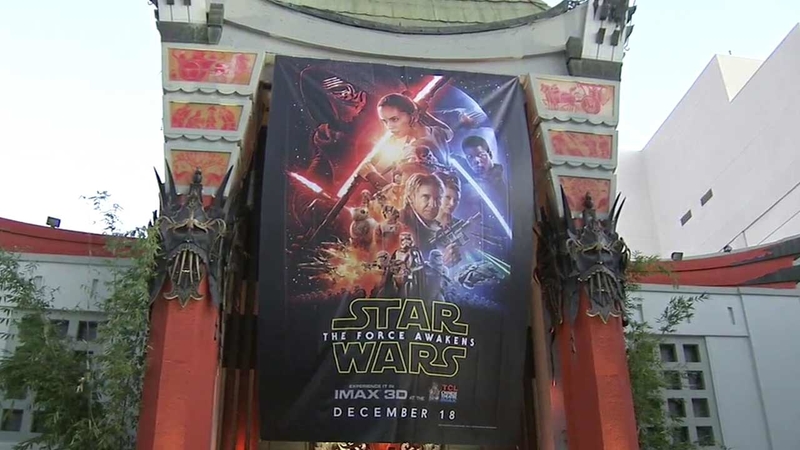 HOLLYWOOD (KABC) -- Hollywood is preparing for what could be the largest movie premiere in its history Monday night: the world premiere of the hugely anticipated "Star Wars: The Force Awakens."

A half-mile stretch of Hollywood Boulevard between Highland and La Brea avenues has been closed to traffic to accommodate fans and many of Hollywood's top stars. A giant opaque tent now lines four blocks of the famous thoroughfare.

The movie will be screened for VIP audiences in three separate theaters across Los Angeles, including the iconic TCL Chinese Theatre which hosted the premiere of the original "Star Wars" in 1977.

Shawn Crosby has been to every "Star Wars" premiere since 1999. He was one of hundreds of devotees outside the theatre.

"It's amazing that everybody has really just bonded. Every film, every time we do this, it's a new crowd, it's a new community and a new family," Crosby said.

The premiere is also expected to take over the nearby El Capitan Theatre and the adjacent Dolby Theatre, home of the Oscars.

Los Angeles Police Lt. John Jenal said the debut is "triple the magnitude of a typical premiere." Jenal said extra vehicle patrols and more officers on foot are being assigned to the area.

"Star Wars: The Force Awakens" opens in theaters on Friday.