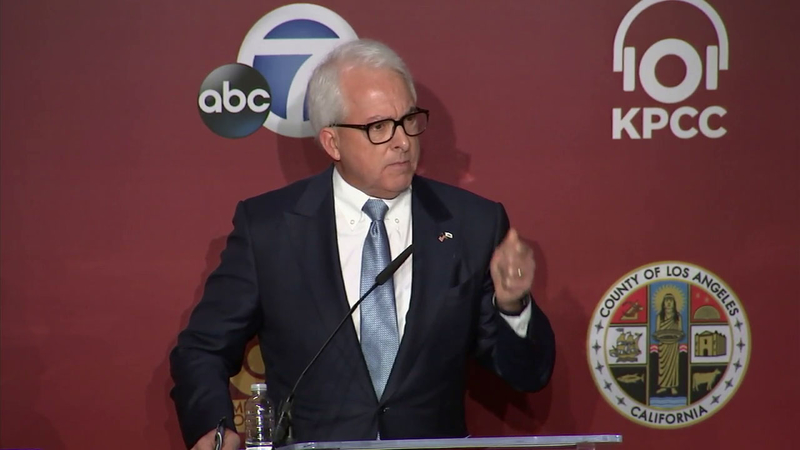 Republican John Cox is on the rise thanks to backing from President Donald Trump and a boost from Democratic frontrunner Gavin Newsom.

"People are looking for a change in management, frankly. I'm a business man, not a politician, and I think that's what this state needs," Cox said.

Newsom is running ad's that align Cox with Trump because he would rather face the Republican than Villaraigosa. Cox's background is very similar to Trump's and that's something he hopes will propel him to the general.

"I welcome the president's support. I welcome it because he's actually gotten things accomplished. People have differences with his style. I get it, but you know what, it's results that count," Cox said.

Something else that hurts VIllaraigosa, a crowded Democratic field.

"Don't forget you have Delaine Eastin and John Chiang, whose numbers are low, but when you put them together, that's another fund of Democratic votes Villaraigosa can't get. So I think it's a reflection of Newsom's strength at the top of the ticket, but also the fact that there aren't enough Democratic votes to get a second Democrat in," said Raphael Sonsenshein, with the Pat Brown Institute for Public Affairs at Cal State L.A.

"I think we all care about a governor who understands math, who will balance the budget like every day Californians have to do to make sure that we have the money available for education," Chiang said.

The big question leading into Tuesday is how will the two candidates who move forward after the primary impact turnout in November.