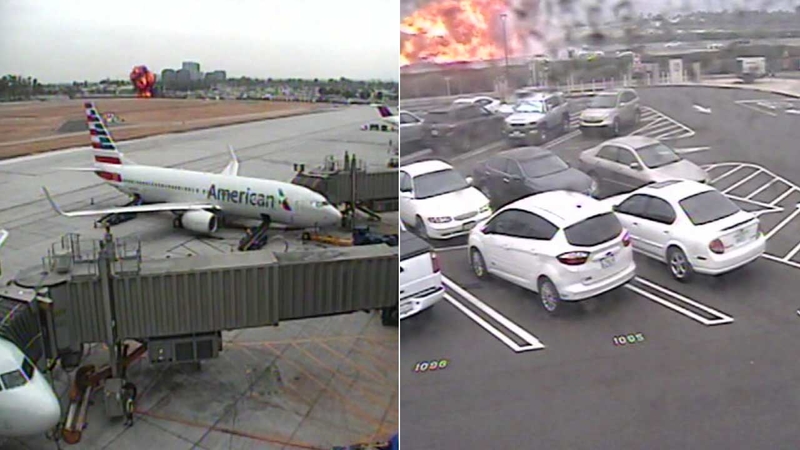 A camera mounted at John Wayne Airport captured the moment the small plane came down on June 30.

The crash was also captured by a camera positioned near a parking lot at the airport.


The Cessna crashed on the freeway near the MacArthur Boulevard exit shortly after takeoff when the pilot tried coming back to the airport after experiencing a power failure.