The announcement of Fidel Castro's death had a profound impact on ABC7 anchor and reporter, Jovana Lara, whose parents are Cuban exiles. She spoke with her father about the news and shared her story.

LOS ANGELES (KABC) -- The announcement of Fidel Castro's death had a profound impact on ABC7 anchor and reporter, Jovana Lara, whose parents are Cuban exiles. She spoke with her father about the news and shared her story:

If you ask my father, Bonifacio Lara, and thousands other Cuban exiles who fled the oppressive government of Fidel Castro, they'll tell you the Cuban leader of some 50 years was nothing more than an assassin.

It was in 1966 that my father filed documents requesting to leave Cuba -- that same day he was fired from his government job, ordered to work in construction and later, the sugar cane fields.

Three years and 52 days later, the government granted him a Visa. He was forced to leave me and my mother behind and it would be two years before we were reunited in Los Angeles -- a hardship that devastated not only my parents but thousands of other families as well, separated by the desperation they felt to leave Cuba.

Saturday marked the end of an era. Fidel Castro's reign and tyranny was over. The moment so many thousands hoped for was finally here.

Though the celebrations among the exiles and Cuban-Americas are hopeful, some, like my father, believe not much will change in Cuba, not while Raul Castro is at the helm.

Communism, he says, won't end until the people of Cuba rise up against it, and he believes they will need U.S. leaders to help make it happen.

MORE: Cubans in Miami: Revelry and reflection after Castro's death 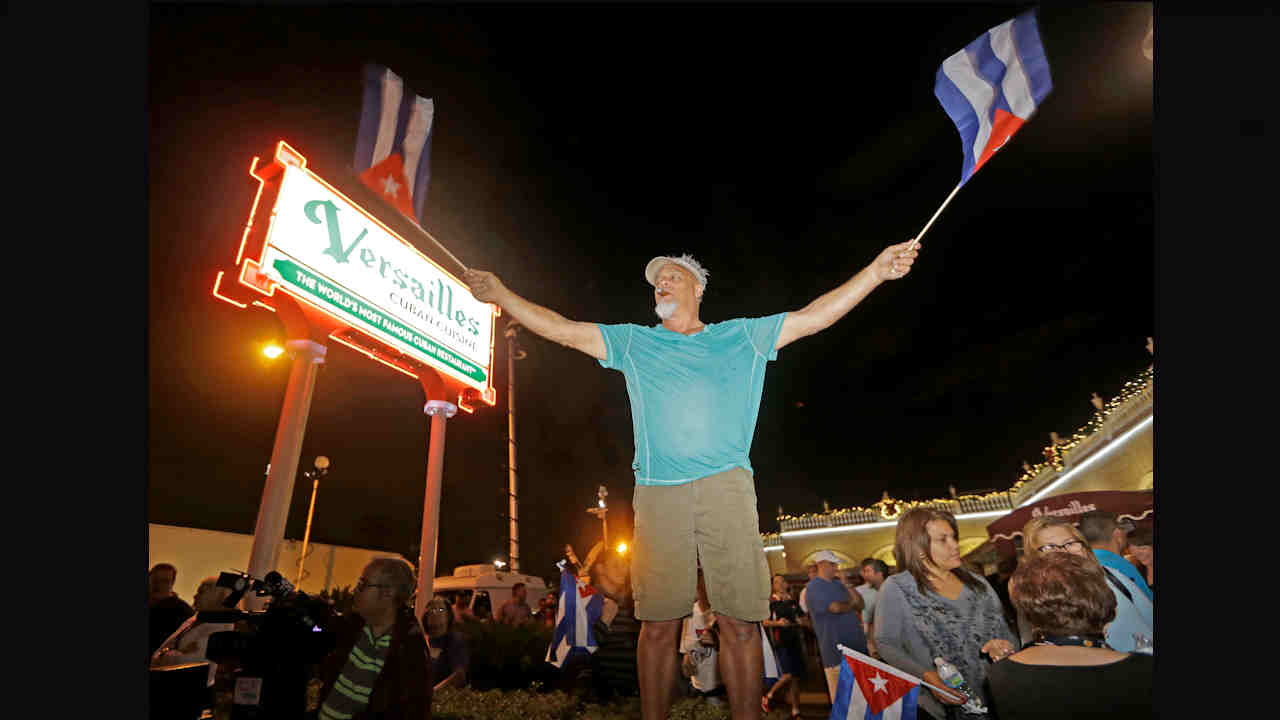 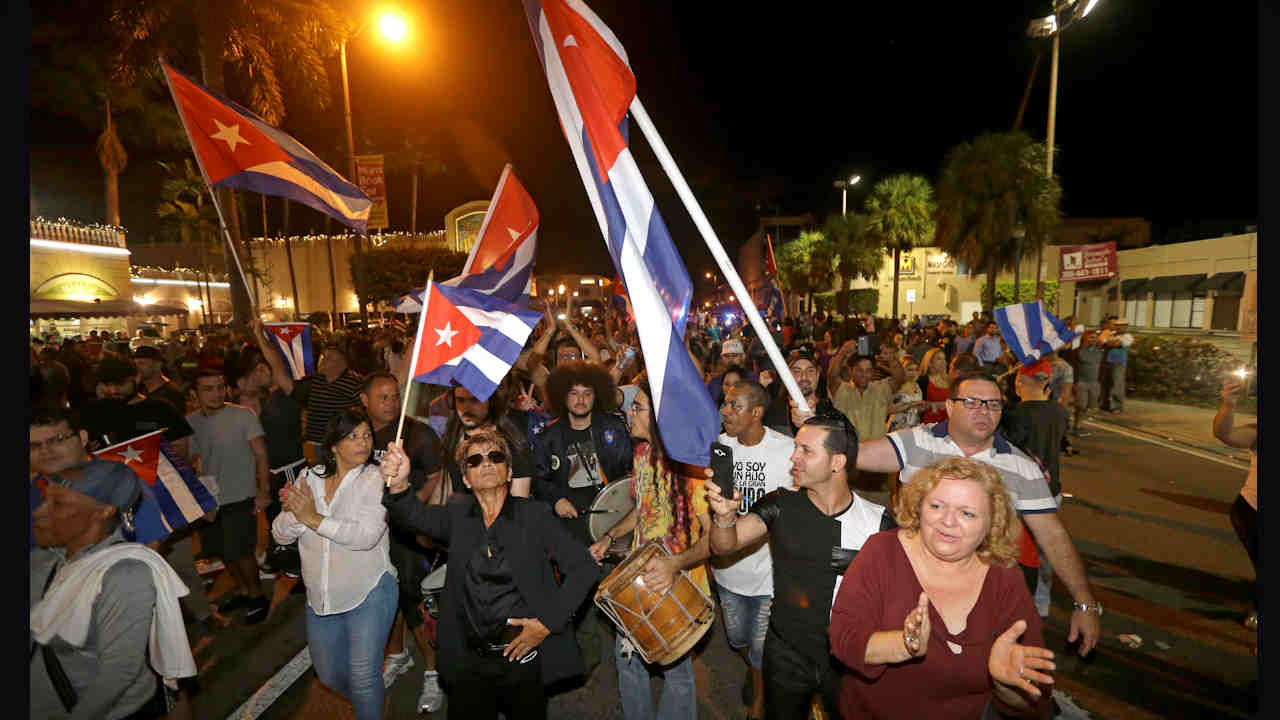 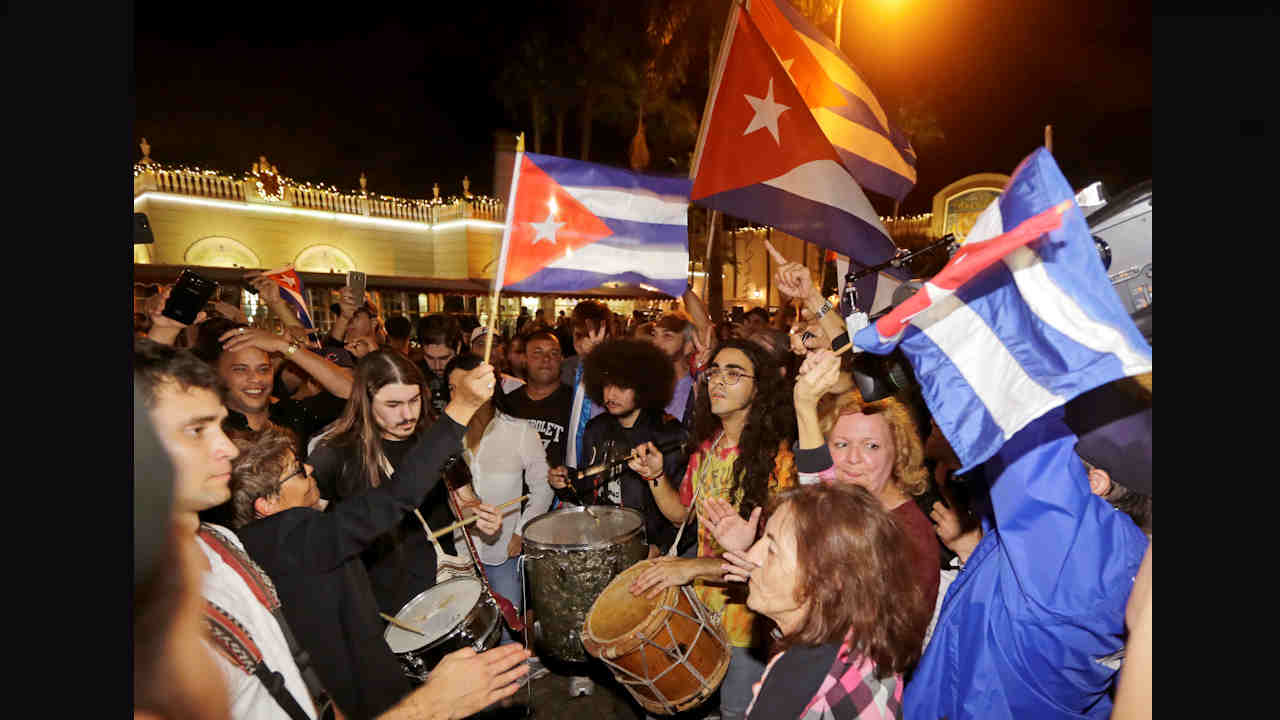 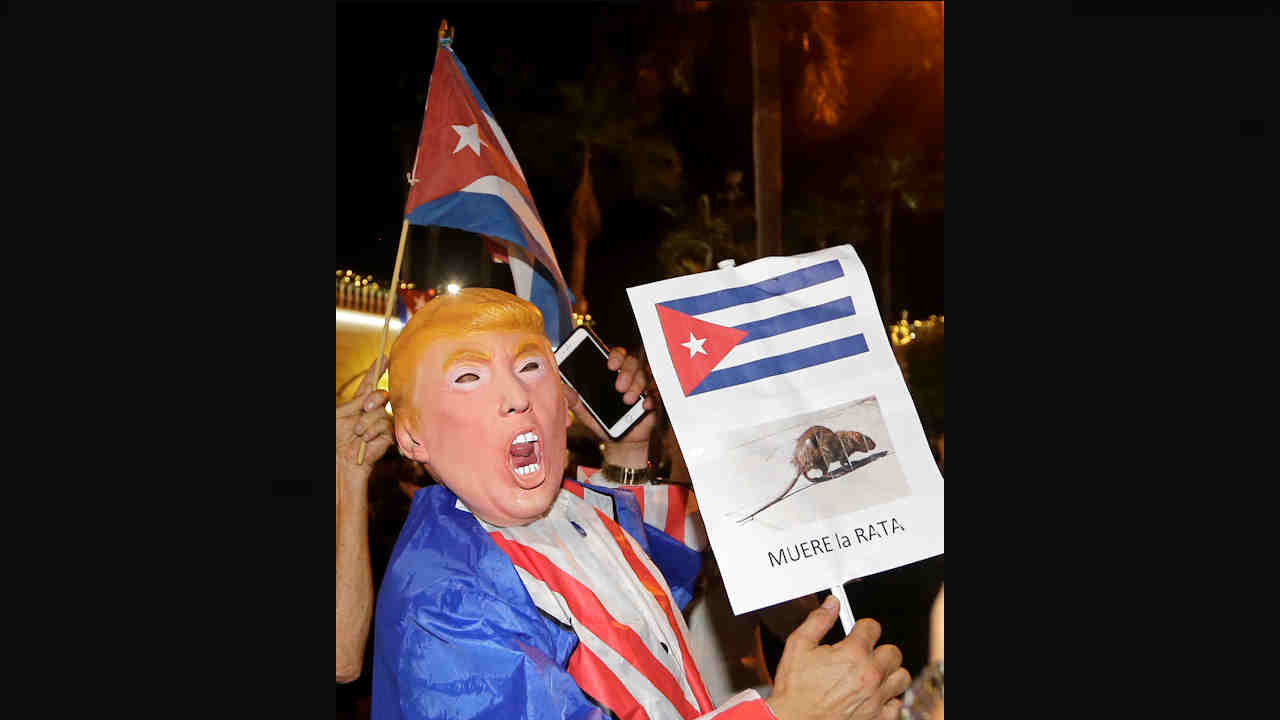 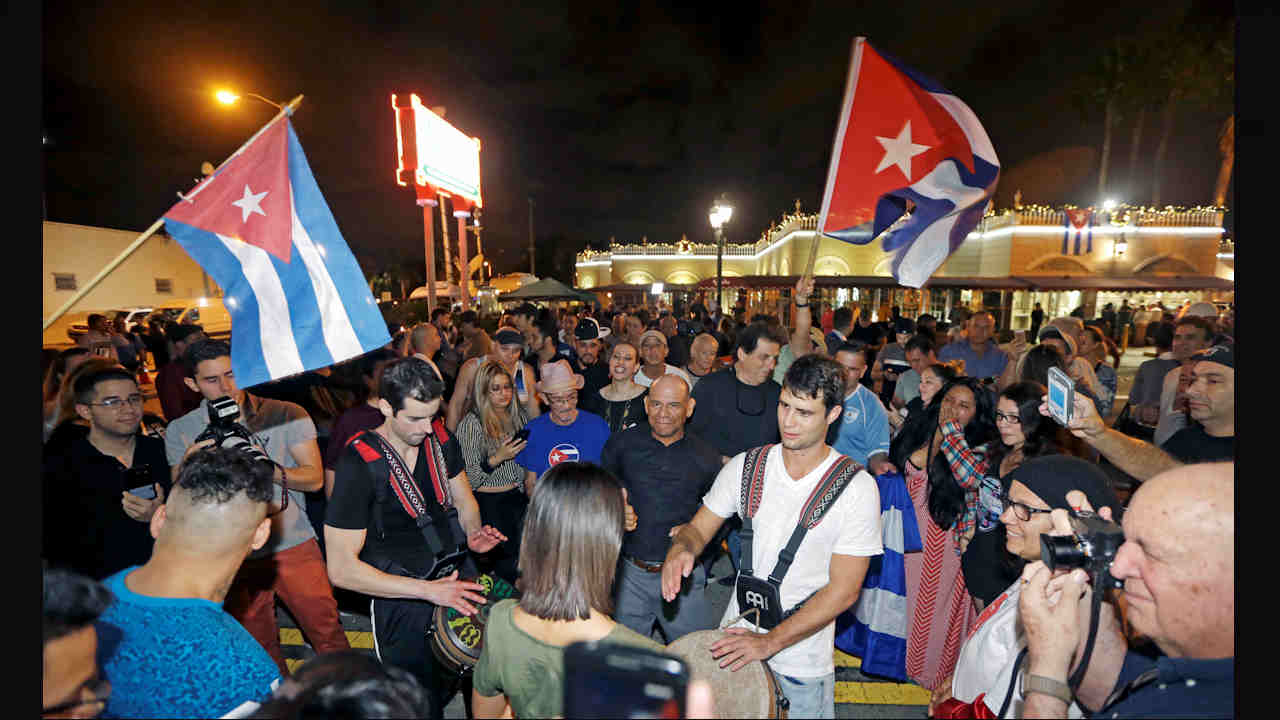 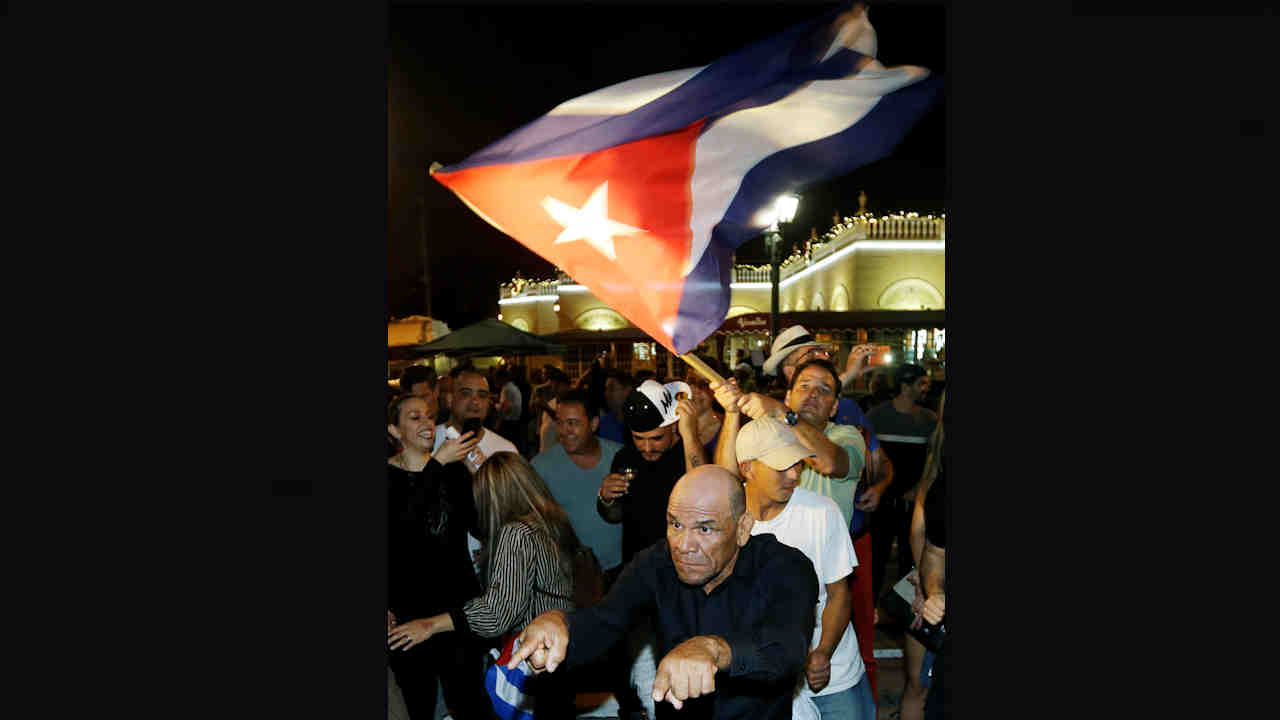 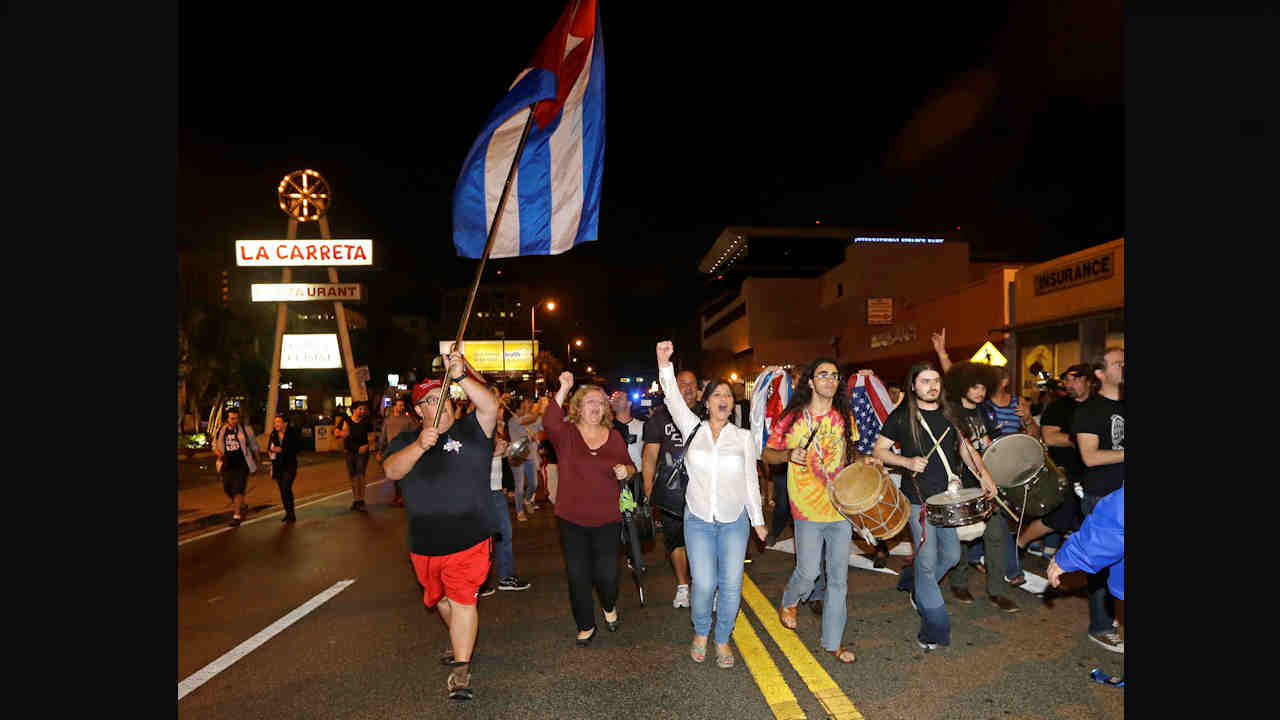 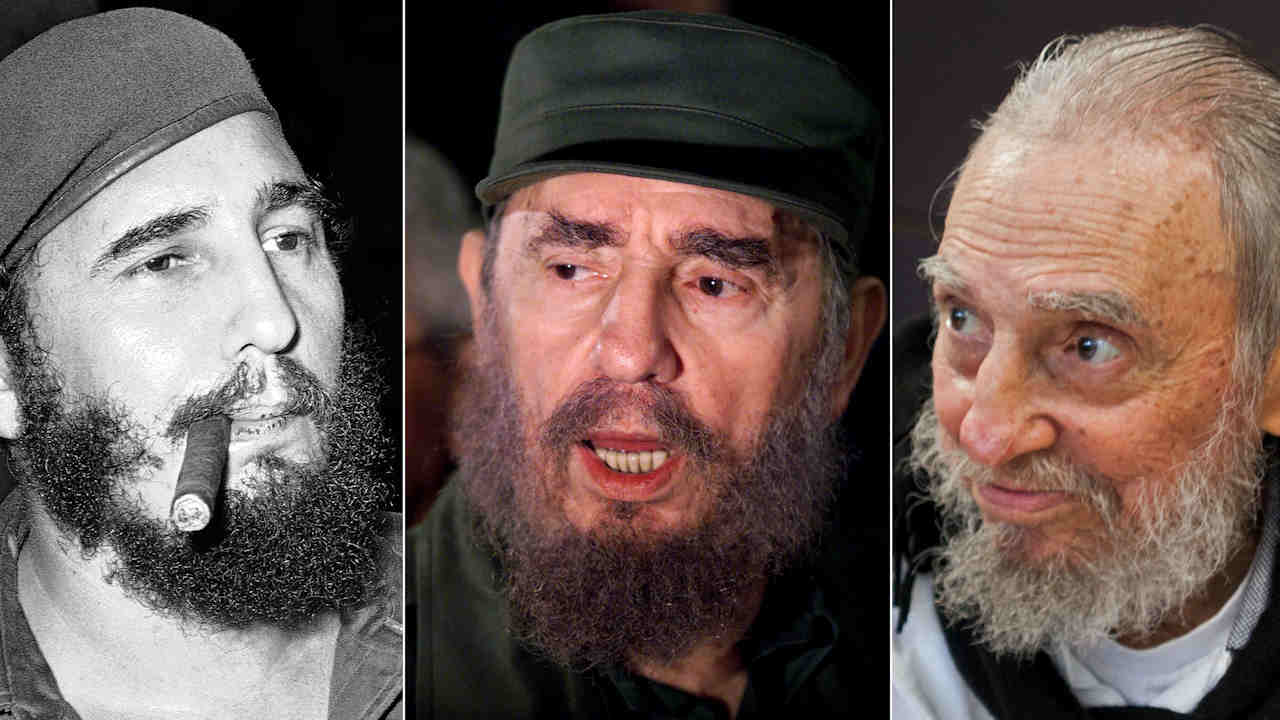 1 of 8
A Cuban-American celebrates the death of Fidel Castro Saturday, in the Little Havana area in Miami. (Alan Diaz)
Alan Diaz

Despite President Barack Obama's efforts to normalize relations, life in Cuba remains the same: No freedoms unless you are lucky enough to have family in the U.S., or you brave the ocean waters, hoping to land on U.S. land.

In all, he would like to believe change is possible, but he predicts when Raul Castro steps down in 2018, the dictatorship will continue with another leader from the current communist regime. 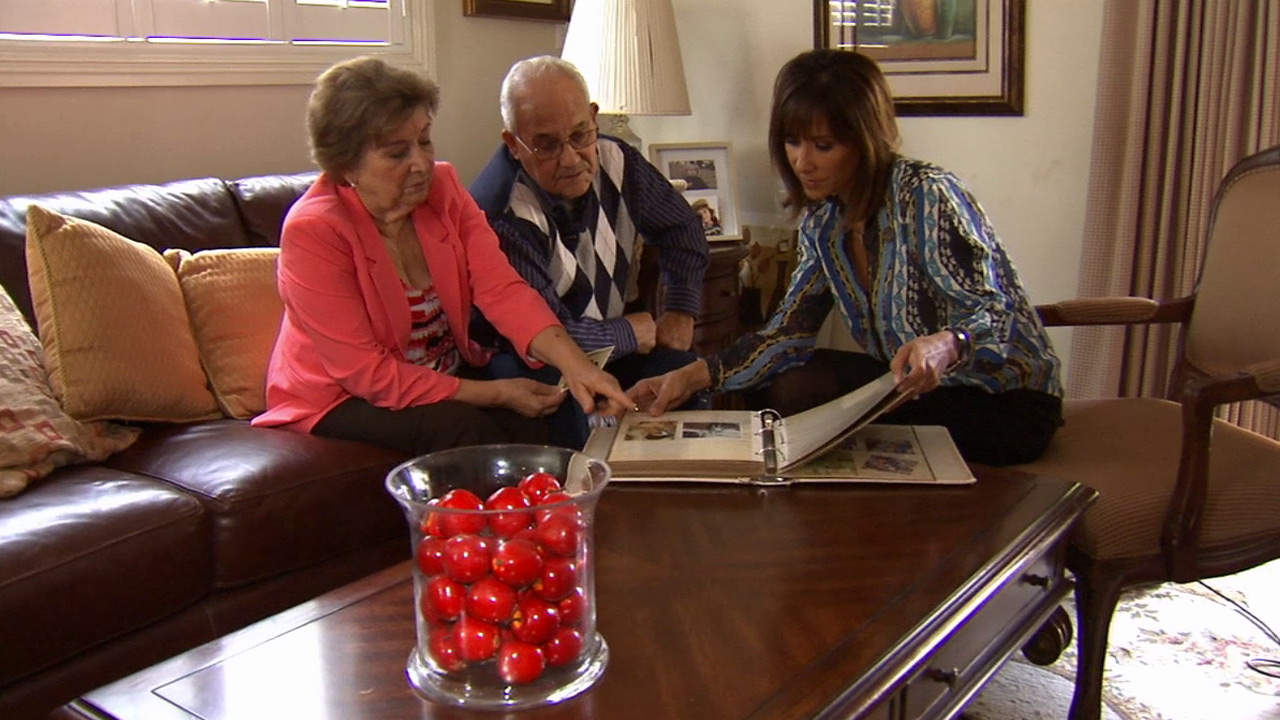