CACTUS CITY, Calif. (KABC) -- Investigators scoured a 6 square-mile portion of desert area about 25 miles east of Indio, looking for the remains of a San Diego woman who police say was murdered by her ex-husband.

"We always want to find closure for the family and bring something home and find out what happened," said Ontario police Cpl. Fred Alvarez.

As many as 143 searchers from Ontario and San Diego police departments, and search and rescue teams from both Riverside and San Bernardino counties took part in the search. They said they're looking for the remains of former Army officer Julia Jacobson, as well as her dog Boogie.

A command post was set up at the Cactus City rest area, on the eastbound side of Interstate 10.

Ontario police said Jacobson was last seen on surveillance video in the area on Saturday, Sept. 2. Detectives said they think her ex-husband Dalen Ware was the last person to see her alive. He's under arrest on suspicion of murder.

"There was indication that they had frequent contact with one another," said Ontario Detective Melissa Ramirez during an interview in October, not long after Ware was arrested. "I can't at this point say the quality of their relationship prior to the day she went missing."

Jacobson's brother, Jon Jacobson, said he did not trust Ware.

"He's a bad guy, and he's been a bad guy from the get-go," he said. "She met him in Denver, and he would disappear every weekend and head down to Phoenix. We later learned he would head there because he had a wife and children down there."

Jon Jacobson said his sister met Ware eight years ago and they married shortly afterward. But he was suspicious from the beginning.

Despite their divorce in December 2016, the family said Ware and Jacobson remained in contact. Jon Jacobson compared his sister to a drug addict.

"Her drug of choice was him," he said.

Authorities said the victim's car was found in San Diego with evidence of her death inside of it. Ware was arrested in Arizona.

By the evening hours Wednesday, search teams did not find any remains. They did not elaborate on what led them to the location or how their search efforts will continue to go. 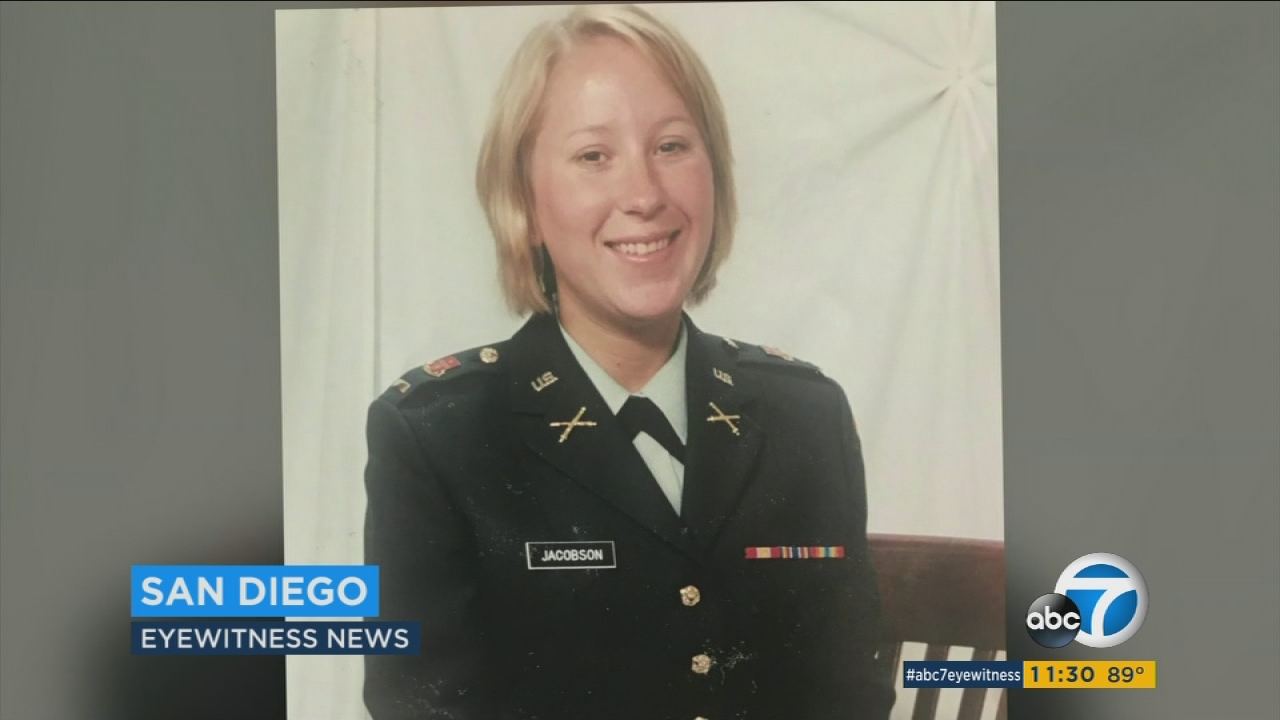