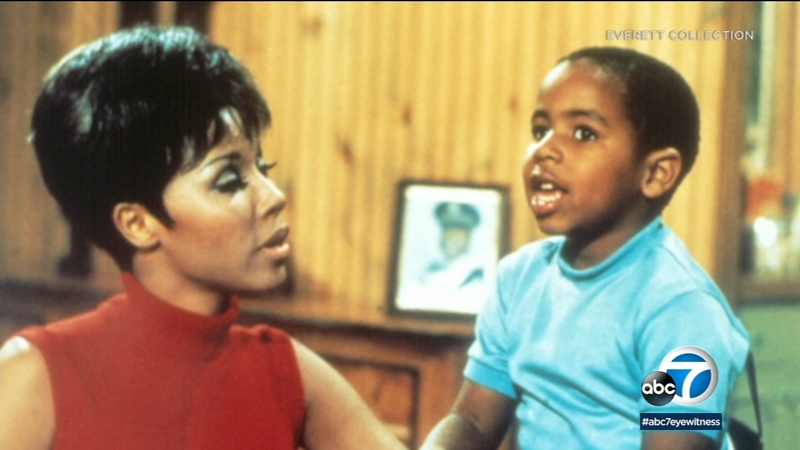 LOS ANGELES -- Marc Copage was one of television's first Black child stars in the U.S. Back in 1968, he was chosen to play Diahann Carroll's son on the groundbreaking sitcom, "Julia." For all three seasons of the series, Copage played Corey Baker, the son of a nurse whose husband died in Vietnam.

"Julia" was the first television series to star an African American woman in a non-stereotypical role. The show tackled some serious issues, including racism, but Copage says the show was considered controversial for other reasons.

"How would a nurse be living in this apartment? How would she dress so nice?" said Copage. "And it was a TV show for entertainment. No one says that about Marlo Thomas and 'That Girl.' It's a struggling actress and she lived pretty well."

Copage says his TV mom beared the brunt of most of the complaints, and says she even received death threats.

"The show was not 'Black' enough. It's not a realist portrayal of African Americans. There's no male figure, positive male figure for the child," remembered Copage.

While Carroll and Copage were front and center on the iconic show, there weren't a lot of Black faces behind the scenes.

"Not many. I mean, at least at the beginning," said Copage. "Later in the show, I think the third season, they started to incorporate more Black writers to get more of a Black perspective."

As the years went on, Copage moved away from acting, working only occasionally in the field. Eventually, he decided a steady paycheck was the way to go, and he's bringing his positive attitude to work as a leasing agent and assistant manager of a large apartment community.

"I think anyone should feel blessed if you have a roof over your head, food in your mouth and your health," said Copage.

Copage says one thing he takes away from his "Julia" days: the memories of so many other Black actors telling him he was a role model for them to pursue their dreams.

"And that warms my heart," he said. "And I guess if I have not accomplished anything else in this life, that is one thing that no one can take away."
Report a correction or typo
Related topics:
arts & entertainmenttelevisionrace and culture
Copyright © 2021 OnTheRedCarpet.com. All Rights Reserved.
More Videos
From CNN Newsource affiliates
TOP STORIES