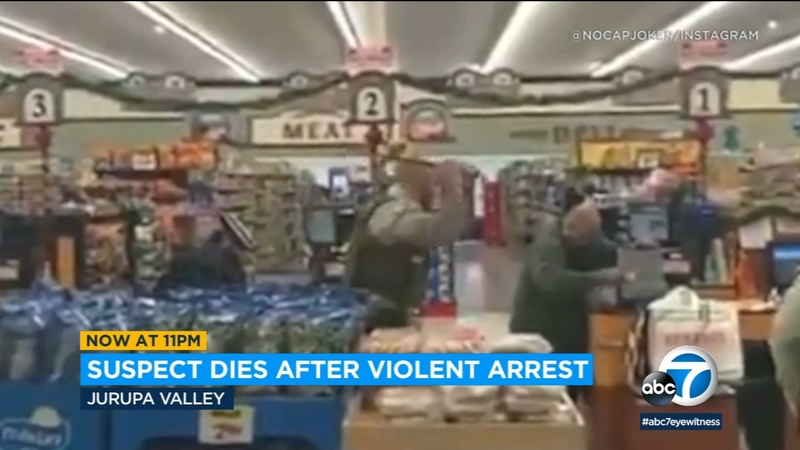 The Riverside County Sheriff's Department said deputies responded to the 5500 block of Mission Boulevard in Jurupa Valley Tuesday night to investigate an assault with a deadly weapon.

Authorities say the suspect tried to grab a security guard's gun during the incident at a grocery store. They allege the suspect, identified as 33-year-old Ernie Serrano of Jurupa Valley, fought with the guard and then with deputies who were trying to detain him, but Serrano refused to comply with the deputies' commands.

Video shows one of the deputies repeatedly hit the suspect with a baton. Another deputy then tackles Serrano to the ground.

"After Serrano was taken into custody, deputies noticed that he appeared to have stopped breathing. Medical personnel on scene rendered aid and was able to obtain a pulse," the sheriff's department said in a news release.

Serrano was transported to a local hospital, where authorities say his condition worsened. He was later pronounced dead.

Serrano's family disputes that he tried to grab a weapon and say they are heartbroken by his death.

An autopsy is set for Monday.