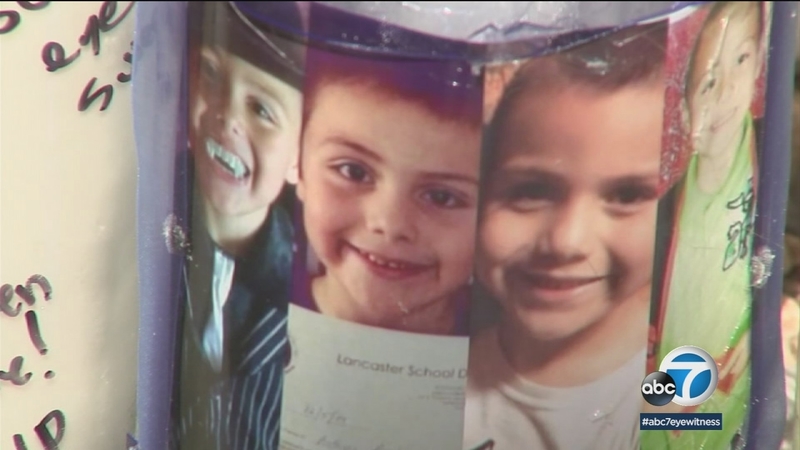 Heather Barron, arrested Friday, was also charged with torture in the death of Anthony Avalos. She did not enter a plea while in front of a Lancaster judge and her arraignment was postponed.

Avalos died June 21, a day after he was found unresponsive, and authorities deemed his death suspicious.

Leiva was taken into custody earlier this week, although he has yet to appear in court due to hospitalization for a previous injury - a cut to his chest that detectives believe was self-inflicted.

The L.A. County Department of Children and Family Services has since removed eight children from the home and taken custody of them.

DCFS Director Bobby Cagle told Eyewitness News that the department is investigating whether homophobia played a role in the boy's death.

Family members of Avalos and their attorney gathered in front of the organization's office in Lancaster on Friday afternoon to demand transparency.