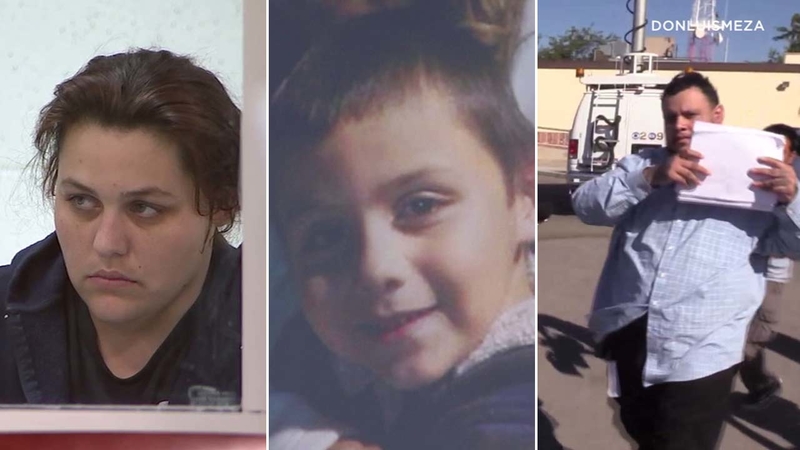 LANCASTER, Calif. (KABC) -- The Lancaster mother and her boyfriend accused of torturing and murdering the woman's son did not enter pleas when they appeared in court Monday. Their arraignment was continued to Aug. 3.

The 10-year-old was found unresponsive in a home on East Avenue K last month. He was taken to the hospital, where he later died the next day.

Since the boy's death and the arrests of Leiva and Barron, the Los Angeles County Department of Children and Family Services has removed eight children from the home and taken custody of them.

As the couple appeared in court, a small group of protesters gathered and demanded justice for Anthony in Palmdale. They also demanded transparency from the Department of Children and Family Services, standing and marching in front of the office in the area.