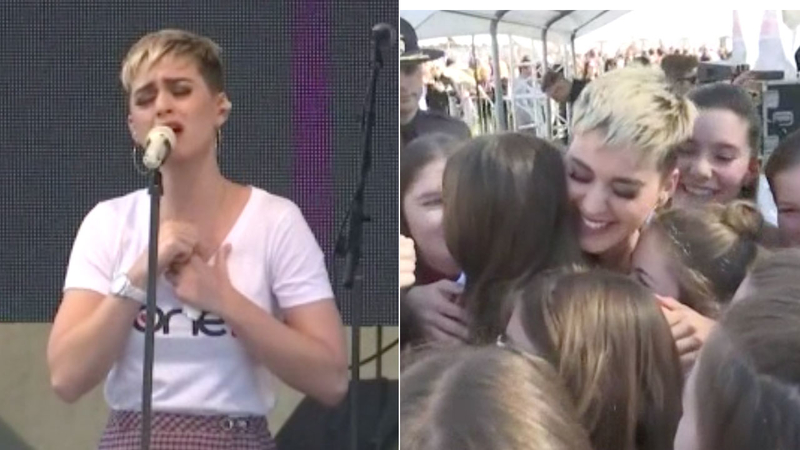 Last month, 14-year-old Lauren Cantin was pulled from the mudslides in Montecito. On Sunday, she performed onstage at a benefit for those impacted, along with surprise guest Katy Perry.

More than $2 million was raised at the Kick Ash Bash in Summerland, California, KEYT reports. The proceeds will benefit survivors as well as first responders, including providing counseling and non-budgeted equipment.

Cantin, whose father was among the 21 killed and whose brother is still missing, performed "God Bless America." She was also reunited with firefighter Andy Rupp, who helped save her.

"That was kind of the highlight and the great moment for us because there was so much tragedy going on," Rupp said. "Great to see her again and know that we helped out getting her here."